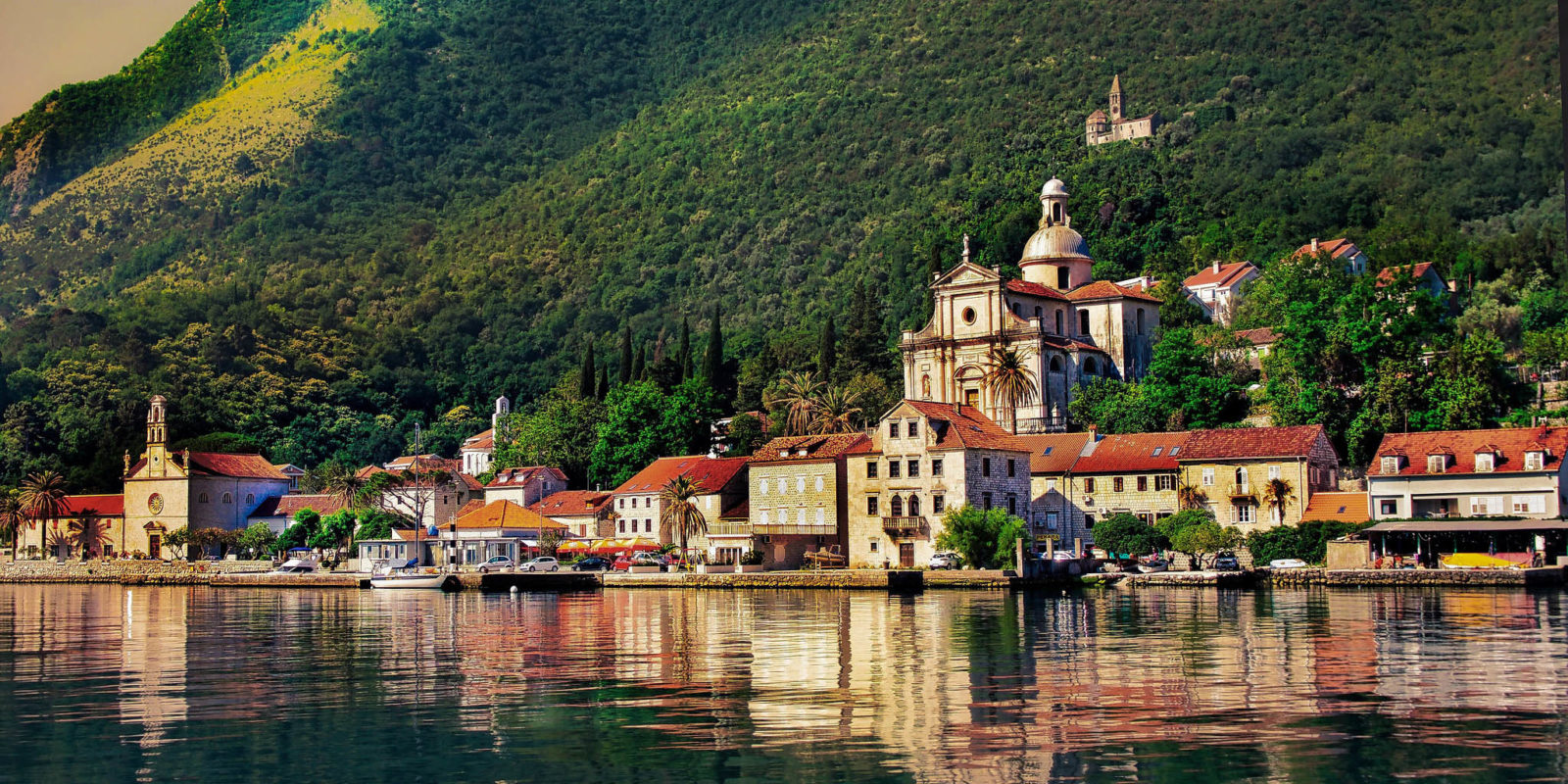 The role of small states such as Montenegro, Lesotho, Djibouti, Rwanda and Senegal are often overlooked in global geopolitics. But, as the increasingly heated rhetoric over Montenegro demonstrates, they have a vital role to play.

Beyond the charms of its Adriatic beaches, Montenegro has become an unexpected talking point in the resurgent debate over the function and utility of Nato and, in particular, Article 5 of the group’s founding charter.

The article pledges members to respond to an attack on any one state as an attack on all. Although invoked only once since Nato’s founding in 1949, following the September 11, 2001 attacks on the United States, the principle of collective defence among European and North American democracies has served as a foundation stone of the post-World War 2 European political order.

In a development largely unnoticed outside the defence policy community, Montenegro joined Nato in 2017. Its 2,000-person army obviously offers little to enhance Nato’s combat effectiveness. Instead, its inclusion in the organisation was a recognition of the fact that Montenegrin leaders in Podgorica, since separating from Serbia in 2006, have consciously avoided engagement in the zero-sum politics that have characterised much of the post-war Balkans.

Montenegro is an outpost of relative stability in a turbulent neighbourhood and Nato’s political leadership recognised that the country’s membership in the organisation only serves to enhance that role.

Montenegro’s increasing alignment with the West has propelled the country into the centre of the tit-for-tat brinksmanship that now characterises so much of the West’s engagement with a revanchist Russia. Moscow has made very clear its displeasure with Montenegro’s turn to the West, to the point of being implicated in a 2016 coup plot against Podgorica’s pro-Western government.

The echoes of the Cold War ring loud, with the added sideshow of head-scratching comments from President Trump about the allegedly “very aggressive” nature of Montenegrins and his apparent fear that these “very strong people” could embroil the US in a “third world war”.

The lesson of Montenegro is one that goes beyond the particularities of Balkan high politics or the US president’s clear discomfort with treaty obligations that he perceives as unduly tying America to Europe. What it highlights is an often-overlooked but hard-to-dispute axiom of foreign affairs: Small states matter.

One can be forgiven for overlooking this postulation in an era in which much of the generalist coverage of foreign affairs focuses on the “big” questions of China’s global reach, the perceived end of American hegemony, or the rise of nationalism, to name but a few. While these are all critical themes that will influence much of the world over the century ahead, they also tend to ignore the frequently outsized role played by geographically and/or demographically small nations.

My treatment of small states is not intended to add to the already considerable academic literature that attempts to define what exactly a “small state” is. Much of the ink that has been spilt on this topic attempts to define small states so as to better diagnose the unique challenges that these countries face (the World Bank’s Small States Forum being a leading example). Most definitions of a “small state” refer to countries that have populations of fewer than 1.5 million people and a correspondingly small economic base.

I’ll make no pretence of adhering to academic rigour in making my case for why small states, particularly those in Africa, are important. My definition of a small state is simply one that is demographically and geographically small, particularly in comparison to the nations in its near abroad. More importantly, my intention is to argue that policymakers, the news media and other observers would do well to remember that in this era of a return to great power politics, many of the most tangible features of this new era will play out in countries that are conspicuously absent from policy briefings, broadsheet headlines and nightly news broadcasts.

Looking beyond South Africa and Nigeria

In an African context, it is almost taken for granted that “as goes South Africa or Nigeria”, so goes the continent. Yes, these economies account for much of the sub-continent’s economic activity and they wield significant influence across political and cultural life. However, their impact is often overstated, with each of these countries hamstrung by dysfunctional national politics and economic woes that regularly appear ready to swamp any inherent economic advantages offered by their population size and resource riches.

Instead, it has been Africa’s smaller nations that have offered up some of the most compelling growth stories over the past decade. Rwanda’s much-discussed (and not infrequently critiqued) development model takes direct inspiration from Singapore’s combination of one-party rule and open markets. Although starting from a very low base and with a worrisome tilt toward autocracy, Rwanda deserves legitimate praise for maintaining high growth rates across multiple years and making bets on sectors such as ICT that should better equip it to escape the boom-bust cycles that have trapped so many African economies.

Another notable economic and governance growth story is that of Senegal. Its economy has consistently grown above 6% since 2015, which is particularly notable as the country lacks the resource endowment of its higher-profile West African neighbours such as Nigeria, Ghana, and Cote d’Ivoire. Moreover, it has experienced a high degree of political stability since independence in 1960, with very little of the violence and unrest that has characterised so much of the region’s post-colonial path.

From the standpoint of security, the role of small states is also dwarfed by the attention given to perennial instability in the Congo and the spillover effects of insurgency in north-east Nigeria, sadly only but a few of the “big state” crises ongoing in Africa today. It is hard to overestimate the consequences of disorder in Africa’s giants, but doing so to the neglect of developments in relative minnows means that African governments — and other interested parties such as Washington and London — can be caught napping.

Take, for example, the enclave of Lesotho. The mountain kingdom has undergone decades of political turmoil, with South Africa and Botswana militarily intervening in 1998 in an effort that met surprisingly stiff resistance from the Lesotho Defence Force. On multiple occasions since then, the South African government has been forced to make 11th-hour crisis interventions aimed at pulling Lesotho’s quarrelsome political class back from the brink, efforts that frequently include the threat of the deployment of the South African military.

One small state that isn’t even formally recognised as such has become centrepiece to a 21st-century great game playing out in the Horn of Africa. The self-declared Republic of Somaliland is a linchpin in the United Arab Emirates’ commercial and military expansion into the Horn, part of its efforts to counter the perceived influence of Qatar and by extension Turkey and Iran.

The Emiratis have lavished economic aid and development on Somaliland, most evidently in the port city of Berbera, where they are undertaking a $442-million expansion of its commercial port, along with building a naval base, airfield and related facilities.

The UAE’s largesse in Somaliland embodies how the small coastal nations of the Horn, which sit alongside some of the world’s busiest sea-lanes, have assumed an outsized role in geopolitics. China, for example, has built a nearly $600m military base in neighbouring Djibouti as part of Beijing’s Belt and Road initiative.

US National Security Adviser John Bolton has claimed China’s engagement in the Horn is a direct threat to Western commercial interests in the Red Sea and an obvious counterweight to the significant US military presence in the region. For its part, former colonial power France also maintains a robust expeditionary force in Djibouti, alongside much smaller, but still notable, anti-piracy forces from Japan, Spain, and Germany.

Ignoring small states at our peril

It is not without personal bias that I write this piece in defence of the importance of the world’s not-so-geographically great powers. As the husband of a proud Latvian-American, I’m not infrequently reminded at family gatherings of Latvia’s linchpin role in Nato’s face-off with Russia (usually mentioned alongside proud recitations of Latvia’s influential role in the world of choral music, amber production, and grooming of professional basketball talent).

The perceived threat to the Baltics from Russia is not simply a hangover from Moscow’s long track-record of invasion and occupation. If anyone is in need of convincing about Russia’s continued meddling in the affairs of its Baltic neighbours, they should read the Rand Corporation’s April 2019 study “Deterring Russian Aggression in the Baltic States Through Resilience and Resistance.”

The report is the latest in a long line of think-tank analyses that highlight Russia’s willingness to use all manner of tactics to undermine nations it perceives as slipping from its sphere of influence.

It is hard to argue with the assertion that the most impactful geopolitical, economic, and societal trends of the decades ahead will emerge from the bureaucratic corridors, financial institutions, and innovation hubs of the world’s great powers. However, these movements will likely be made real in the dense forests of Latvia, the sun-scorched shores of Somaliland and the bustling markets of Abidjan.

Small states matter precisely because they so frequently serve as the stage on which the tides of history play out. They serve as bellwethers for the good, the bad and the ugly of global politics, finance and technology.

While President Trump’s facile generalisations about the Balkans deserve to be treated with scorn, they at least remind us that a shot fired just over 100 years ago on a bridge in Sarajevo changed the world as dramatically as anything ever decided in the traditional halls of power.