US, China fight it out in Djibouti, accuse each other of aggression

The United States military on Thursday claimed that China had harassed troops posted at the US military base in Africa’s Djibouti. 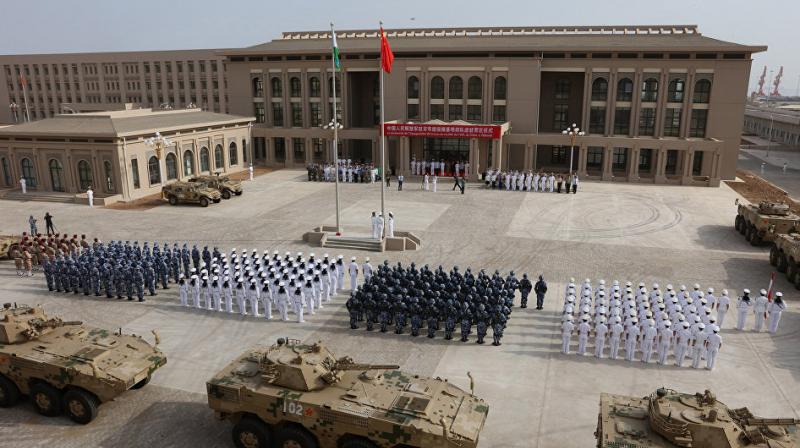 China said it was the United States who misbehaved. (Photo: AFP)

Djibouti: The United States military on Thursday claimed that China had harassed troops posted at the US military base in Africa’s Djibouti and had also tried to sneak into the US facility.

Rear Admiral Heidi Berg, director of intelligence at the US Africa Command (AFRICOM), told reporters that China had taken “irresponsible actions” towards US troops stationed in Djibouti, according to the Washington Times.

However, Beijing has strongly denied the allegations.

China said it was the United States who misbehaved. China, following the allegations, said US warplanes had flown over the Chinese base to gather military intelligence, Zhang Junshe from the PLA Naval Military Studies Research Institute, operated by the Chinese armed forces, told the Global Times.

Djibouti holds a great significance for the US. It is home to Camp Lemonnier, Washington’s only permanent military outpost in Africa.

The base is a major centre for US intelligence-gathering and counter-terrorism operations in the area. It also monitors regions with Daesh and al-Qaeda influence in both Africa and the Persian Gulf. The base shelters roughly 4,000 troops.

The Chinese military base is just 10 kilometres away from the US base, which has often made Washington tense.

There have been several incidents of uncalled for face-offs between both the militaries since the Chinese military support base was set up in 2017.

Rear Adm. Berg had accused Chinese personnel of barring US aircraft from flying over their base and beaming ground-based lasers at American pilots, in a bid to hamper American flight operations.

An AFRICOM spokeswoman was quoted as saying that “the United States takes appropriate measures to ensure the force protection of its personnel and assets” and that “lasing incidents had occurred in the past” but were “no longer an issue”.

“The Chinese side has consistently abided by international law and the laws of the host country, and is committed to safeguarding regional security and stability,” a spokesperson for the ministry told reporters on Monday, as quoted by Chinese media.

The small nation in the Horn of Africa, Djibouti, is crucially situated. It is a key shipping lane that links the Mediterranean Sea and the Indian Ocean via the Red Sea and the Suez Canal.

This is not the first time when the two superpowers have traded accusations over their activity in Djibouti.

Pentagon also lodged a complaint and asked the Chinese military to investigate the matter. To which Beijing said that they have conducted “serious checks” and called the accusations baseless.