The Saudi-Qatar Conflict Comes to Africa 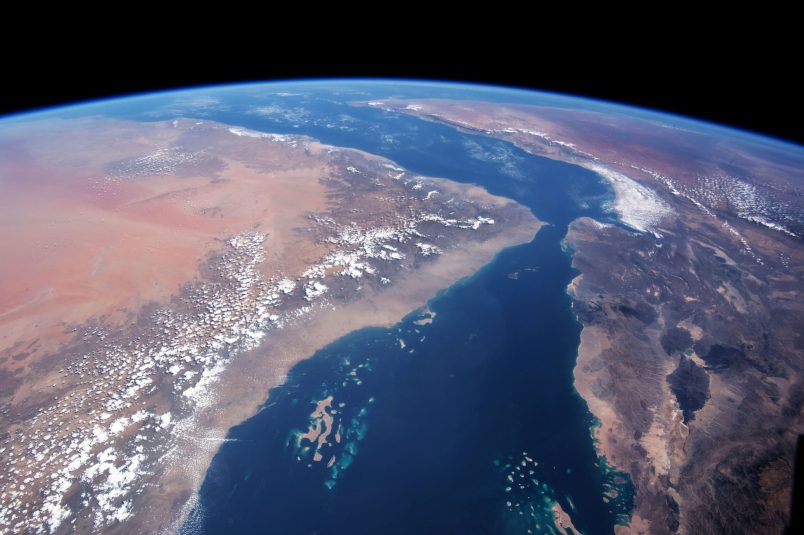 The last week of June saw a close to bidding from five specialist canal-digging companies for a project to establish a 38 mile-long, 200 metre-wide canal between Saudi Arabia and its neighbour. After the Saudis, the UAE, Egypt and Bahrain severed diplomatic ties with the emirate last June, the proposed “Salwa Canal” would geographically ostracise Qatar from the peninsula, surrounding her with water.

Given the gravity of a threat by one state to transform another into an island, one could be forgiven for mistaking the Saudi-Qatar rift for one of the region’s enduring, intractable feuds. It is not – prior to the recent diplomatic crisis, Qatar and its Gulf country neighbours worked in partnership for several decades as members of the Gulf Cooperation Council (GCC).

Since its start in 2017, the Saudi-led boycott, which saw six GCC members confront fellow member Qatar with a list of 13 demands aimed at curtailing its foreign policy, has hurt its enforcers as much as Qatar itself. Beyond the rift’s economic implications, the GCC’s inability to function diplomatically as a bloc has undermined its legitimacy as a regional counterweight to Iran on the global stage.

Collectively shaken by radical jihadist insurgencies, political revolutions and the delicate needs of fragile neighbouring states such as Yemen and Iraq, the countries of the Arab Gulf can ill afford such a crisis. Though buoyed for now by reserves of natural resources at home, the unsustainability of the divide is becoming visible across the Red Sea in the Horn of Africa, where the scramble to deal with the upended expectations of the crisis is harming strategic opportunities and threatening a delicate peace.

A region widely seen as commercially and strategically important, GCC members have in recent years been investing intensely along the Horn of Africa with a twofold objective: to diversify away from economies over-reliant on oil and to acquire strategic military bases in case of a future war with Iran.

The Horn, moreover, is strategically situated between East and West, making it a key trade route and the potential epicentre of China’s ‘New Silk Road’. With Beijing’s increasing involvement in Africa, and with states increasingly vulnerable to its influence, the Gulf countries could have been uniquely placed in terms of proximity and cash flow to act as counterweights to Chinese influence through strategic investment.

The Horn itself is however plagued by political violence, and the GCC’s involvement is doing precious little to stem the tide of war. Indeed, one of the direct consequences of the Saudi-Qatar breakdown in relations is that the countries in which they are jockeying for influence are becoming simultaneously less stable and more militarised.

Nowhere is this more evident than in war-torn Somalia. Two years ago, a UAE company promised $446 million to develop the strategically located Berbera port in the northern breakaway region of Somaliland, and last year, the government pledged a further $336 million to develop the port of Bosaso in the semi-autonomous Somali region of Puntland. Over the same period, Turkey – a UAE and Saudi ally – has been developing the port of Mogadishu, and Turkish companies have been investing billions to develop infrastructure across central regions with a focus on hospitals, roads and schools.

In a country that has seen decades of civil war, the result of the frenetic foreign investment war being waged by competing external powers is exacerbating internal tension. Critics of President Mohamed Abdullahi Mohamed have decried his alignment with Qatar – Somalia is in fact officially neutral, yet half of its states have broken with the federal government’s neutrality, declaring support instead for the UAE and Saudi Arabia who are quietly funnelling tens of millions in further investment as an incentive to do so. The proxy financial war being fought from across the Red Sea is fuelling political divisions in country.

Increasingly aware of the situation and its dynamics, leaders in the wider region are beginning to question the wisdom of placing their nations at the centre of a Middle-Eastern chessboard, choosing instead to explore alternative investment avenues, most notably with China and Turkey.

In the most recent example, Djibouti suddenly decided to shift control of its Doraleh Container Terminal from Emirati to Chinese hands. The government put an abrupt end to its contract with the UAE’s DP World port operator blaming an unresolved dispute from 2012. The move had the US Congress fretting over Chinese influence in the region due to the apparent fragility of its lease agreements with Djibouti for a critical U.S. military base there.

Ethiopia, too, has chosen to overlook Gulf State investment turning instead to the East and Far East for investment. China, South Korea, India and others have invested heavily in its textile industry, which is drawing international clothing-makers from across the globe. But perhaps most symbolic of the China’s increasing grip on the region’s debt is the ‘Addis Ababa–Djibouti Railway’ linking landlocked Ethiopia to the Red Sea’s ports. The railway, inaugurated this year, was built by China.

By threatening the stability of the African countries in which it is played out, the feud between Saudi Arabia and Qatar has acquired global proportions, harming the strategic objectives of Horn nations and turning investment decisions into political games. China, too, has stepped in more aggressively, touting its Belt and Road Initiative.

While it’s unclear who will be the ultimate winner of this high stakes game, one thing is clear: the local population will surely not be it.