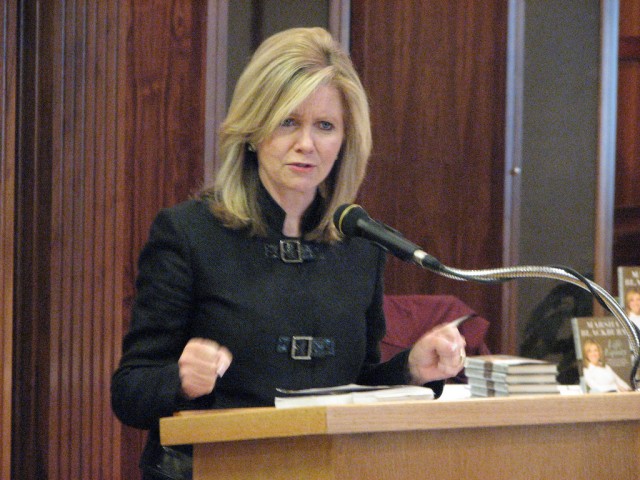 Flying into Mogadishu, you get the sense that life in the world’s most notoriously dangerous city has returned to normal. The rubble of the 1990s has been replaced by a respectable skyline. There is evidence of urban bustle.

That impression changes once you hit the ground. Technically, I can say I spent time in the Somali capital last weekend — but only in the ultra-secure diplomatic zone, which is as close as I’ll likely ever get to “experiencing Mogadishu.”

There’s a reason why our recollection of Somali history is dominated by Black Hawk Down, the Battle of Mogadishu, and President Bill Clinton’s decision to evacuate American troops from the Horn of Africa. Somalia’s legacy is rooted in gratuitous bloodshed that, from the 1990s on, left the country very much alone in the world.

That isolation came to an end on Sept. 11, 2001. The wave of Islamic insurgency swelled beyond Iraq and Afghanistan and into Africa, prompting western powers to focus on yet another front in the war on terror. The U.S. government formed the Combined Joint Task Force-Horn of Africa and planted Camp Lemonnier in Djibouti.

I was also fortunate enough to pay a visit to Camp Lemonnier and get a taste of our forces’ influence in the region. U.S. Africa Command’s commitment to not repeat the mistakes of the past has led to the development of the world’s dominant Unmanned Aerial System force. That program, coupled with our exceptional intelligence, surveillance, and reconnaissance capabilities, keeps our troops exponentially safer in the world’s most volatile theater. I’m proud to say that the 101st Air Assault is supporting the vital post-Benghazi East Africa Response Force Mission and that the Nashville-based 118th Airwing unit of the Tennessee Air National Guard plays a vital role in regional security operations.

(Doing what, exactly, I cannot disclose — but trust me, you should be proud of them.)

But now, our mission in Africa is changing, and as we urge our local partners to take more ownership over the region’s economic stability and security, the chattering class is asking, ‘Why stay? Haven’t we done enough?’

No, but I argue that “we’ve done enough” is a false standard to begin with.

To understand the geopolitical disaster that is the Horn of Africa is to accept that the forces that dragged the region into anarchy in the 1990s, and allowed terrorism to metastasize in the 2000s, now trigger instability all across Africa.

Somalia managed to exist as a failed state because a traditional government has never been their main arbiter of state matters. Powerful clans decided for themselves who would control territory and resources, weaponizing clean water, food, and access to rudimentary healthcare to keep civilians in line.

Today, the same desperation that forced Somalis into the arms of warlords chases them into the clutches of powerful violent extremist organizations such as al Shabaab, the continent’s most deadly terror organization. The Islamic State, and factions of al Qaeda, have all found purchase in the Horn, northeast Nigeria, and the Sahel and Lake Chad regions of West Africa.

We may have eradicated the physical caliphate, but mom and pop terror shops are thriving. What’s more, the digital caliphate is alive and well — and will take more than ground forces to wipe out.

For the modern-day terrorist, instability spells opportunity, and VEOs are using the warlords’ playbook. Their competence in the art of destabilization has attracted support from regional terror groups: A faction of Nigeria’s Boko Haram organization (remember the Chibok girls?) has allied with ISIS West Africa, and ISIS-Somalia takes this principle one step further, fighting al Shabaab in the Somali mountains and destabilizing its surprisingly organized ruling system.

In the era of competition between great powers of the world, malignant insurgency hasn’t lowered Africa’s stock in the eyes of global powers looking to prospect. China, and to a lesser extent, Russia, are leveraging their assets in exchange for influence.

China has made inroads by agreeing to hold 80% of the government of Djibouti’s debt. Djibouti, in turn, has accommodated China’s first overseas military outpost, access to the economically crucial Bab el-Mandeb Strait, and bought into China’s “Smart Cities” program — the all-seeing cameras of which I encountered at every intersection while in Djibouti City.

Djibouti is a strategically positioned gold mine, but don’t forget about the four other countries whose coastlines are for sale on the international market: For global powers with deep pockets, Somalia, Eritrea, Sudan, and Egypt are low-hanging fruit.

For 12 years, we have worked alongside regional partners to bring stability to the Horn of Africa. The State Department and U.S. Agency for International Development have laid the groundwork in the region for education and health development, institution building, and permanent democratic transition. And yet, the region remains vulnerable, our problems compounded by African nations’ vulnerability when choosing their allies.

Our role is changing, but our commitment to peace and stability must remain strong. The Great Power Competition is not just in the Indo-Pacific or in Eastern Europe — it is playing out right now on the African continent. Instead of playing defense, as we do in other theaters, we have the opportunity in AFRICOM to play offense.

If we decide that now, we have had enough, these threats, martial and economic, will degrade American influence, will threaten the homeland, and will imperil the Horn’s present delicate and reversible balance, already purchased with the blood and treasure of those who have no choice but to believe that freedom can triumph over the forces of darkness.