SDF unit to engage in recovery work for Djibouti 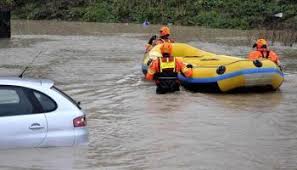 A unit of Japan’s Self-Defense Forces is to take part in recovery work in the East African nation of Djibouti, which was hit by massive floods.

Japan’s Defense Ministry said on Tuesday that the SDF unit will work as an international emergency relief team at the request of Djibouti’s government.

The unit is part of the SDF troops based in the country for anti-piracy missions off the coast of Somalia. It plans to do drainage work in areas that suffered flood damage due to heavy rain from last week.

The ministry says the unit’s members will be those supporting colleagues on vessels and aircraft. The ministry added that it will not send additional personnel from Japan.

The flooding has killed nine people, including seven children. The government has declared a state of emergency, and foreign military troops based in the country are offering support.

This will be the twenty-second time for Japan’s SDF to work as an international emergency relief team. In October last year, an Air Self-Defense Force plane transported relief supplies to Indonesia’s Sulawesi Island, which was struck by an earthquake and tsunami.