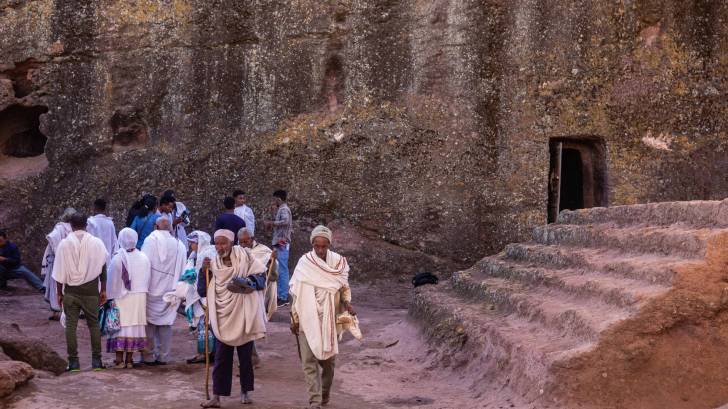 July 29th, 2019 – A Level 2 Travel Advisory was expanded for the Federal Democratic Republic of Ethiopia by the US Department of State.

This Ethiopian ‘Exercise Increased Caution’ Travel Advisory issued on July 29, 2019, is related to sporadic civil unrest and communications disruptions. And, incidents of civil unrest and ethnic violence may occur without warning.

Furthermore, the Government of Ethiopia has restricted or shut down the internet, cellular data, and phone services during periods of civil unrest.

As a precaution, U.S. government personnel must request permission for any travel outside of Addis Ababa, and are required to carry personnel tracking devices and, in some cases, satellite phones.

U.S. government personnel and their families may not travel to the areas listed as Level 3 and Level 4 in this Travel Advisory, except for official business and with prior approval from the Embassy.

Specifically, the UK Foreign and Commonwealth Office (FCO) advises against all travel to:

The UK’s FCO advises against all but essential travel to:

These travel warnings are unfortunate news since Ethiopia welcomed 1 million visitors in 2016, and was named the world’s best tourist destination of the year in 2015.

Ethiopia has a population of approximately 110 million residents and is located in the northeastern part of Africa, known as the Horn of Africa.

During 2018, Ethiopia maintained the unenviable record of being the global leader in internally displaced persons (2.9 million) driven out of their places of residence due to conflicts, according to the Global Report on Internal Displacement (GRID), published on May 10, 2019.

If you decide to visit , the US Department of State suggests the following preventive actions:

Regarding health’s risks to Ethiopian visitors, the US Centers for Disease Control and Prevention (CDC) suggested on July 18, 2019, that visitors are current with certain vaccines, such as Routine Vaccines and the measles-mumps-rubella (MMR) vaccine.

Yellow fever is a risk in certain parts of Ethiopia, so CDC recommends a yellow fever vaccine, such as Stamaril, for travelers 9 months of age or older to these areas.

And, the government of Ethiopia requires proof of yellow fever vaccination if you are traveling from a country with risk of yellow fever, which does not include the USA.

Pre-departure vaccination services, related travel medications, and counseling appointments can be scheduled with a local pharmacy by visiting Vax-Before-Travel.

Vaccines, like any medicine, can have side effects. You are encouraged to report vaccine side effects to the CDC.