Earlier, senior Pentagon officials mentioned concerns about China’s growing diplomatic, economic and military clout around the world, including over Sub-Saharan Africa, where prospective Chinese military bases could “threaten US freedom of manoeuvre” on the continent in the near future.

The Pentagon is concerned about China’s alleged “desire to erode US military advantages” in the Middle East by using their major investments among major US allies to ‘coerce’ them to move away from the US, deputy assistant secretary of defence for the Middle East Michael Mulroy has said.

“Many investments are beneficial, but we’re concerned countries’ economic interests may blind them to the negative implications of some Chinese investments, including impact on joint defence cooperation with the United States,” Mulroy noted, speaking to the Financial Times.

According to Mulroy, the US is particularly concerned about China’s alleged “intellectual property theft and acquisition” efforts. With this in mind, the official stressed that although while the US would remain committed to helping its partners “fight terrorism” and “promote stability” in the region, Washington was also ready to make “hard decisions” if US technology were threatened.

Mulroy did not expand on what he meant about “hard decisions,” but FT indicated the recent case of the US move to drop Turkey from the F-35 programme after it bought a Russian-made air defence system was a possible example.

China has expanded its economic activities in the Middle East considerably in recent decades, with part of its investments connected with its massive trillion dollar Silk Road infrastructure program.

FT recalled, for example, the Chinese effort to expand Israel’s port infrastructure, Sinopec’s investments in Saudi Arabia’s oil and petrochemical industries, the Suez Canal Economic Zone project in Egypt, the Chinese naval base in Djibouti, and recent negotiations on a major container terminal in that country.

Earlier this year, the US praised a new Israeli ‘oversight mechanism for Chinese investments’ aimed at allowing Tel Aviv to “watch very closely” to ensure the security of Israel’s technological edge. Earlier this year, the US Senate Armed Services Committee passed a bill to express “serious security concerns” over a contract allowing a Chinese firm to operate in the port city of Haifa, which traditionally hosts joint US-Israeli drills and docks ships from the US Sixth Fleet. 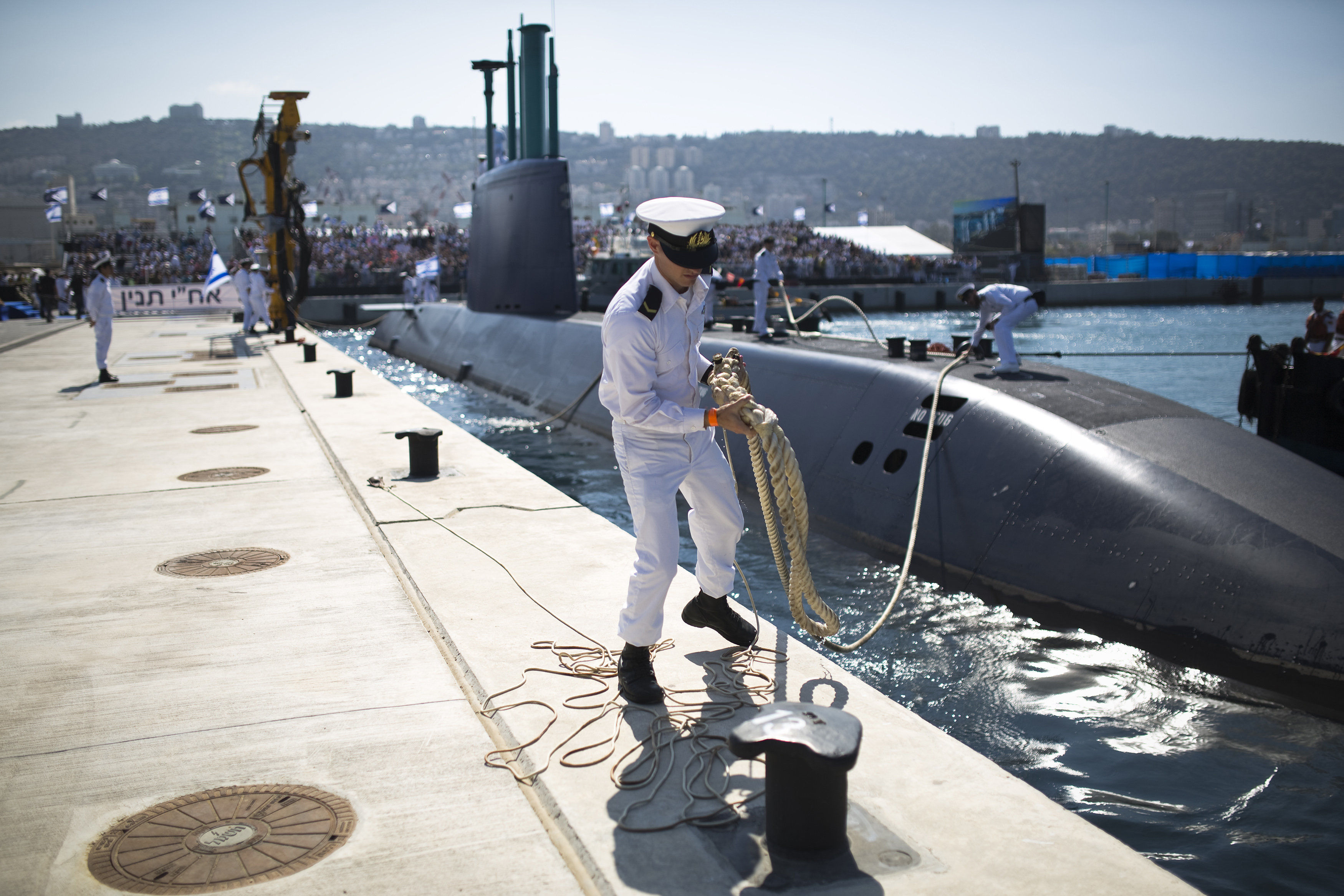 An Israeli naval officer holds the mooring rope of the INS Tanin, a Dolphin AIP class submarine, as it docks at a naval base in the northern city of Haifa, after its arrival in Israel (File)

Earlier this year, China hosted its second ‘Belt and Road Forum’, inviting senior officials from well-over 30 countries to attend, including leaders from countries such as Egypt and the United Arab Emirates, to attend.

Jon Alterman, a senior researcher at the Centre for Strategic and International Studies, a major Washington-based think tank, said the difference between the Chinese and US strategies for the Middle East comes down to a difference in the two countries’ strategic vision. “The American vision of the Middle East is based on cold war competition, where there are red countries and blue countries,” Alterman said. “The Chinese map is full of grey areas, there are hedges and counter-hedges,” he explained.