NEW SCRAMBLE FOR AFRICA Africa will be next major battlefield in ‘Cold War’ between the US and China, experts say 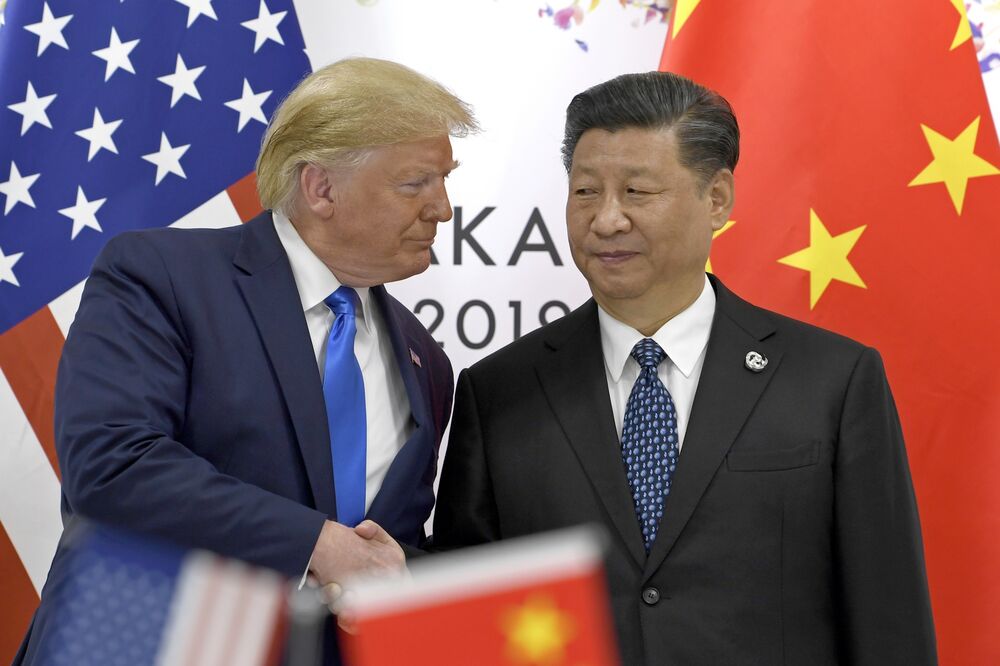 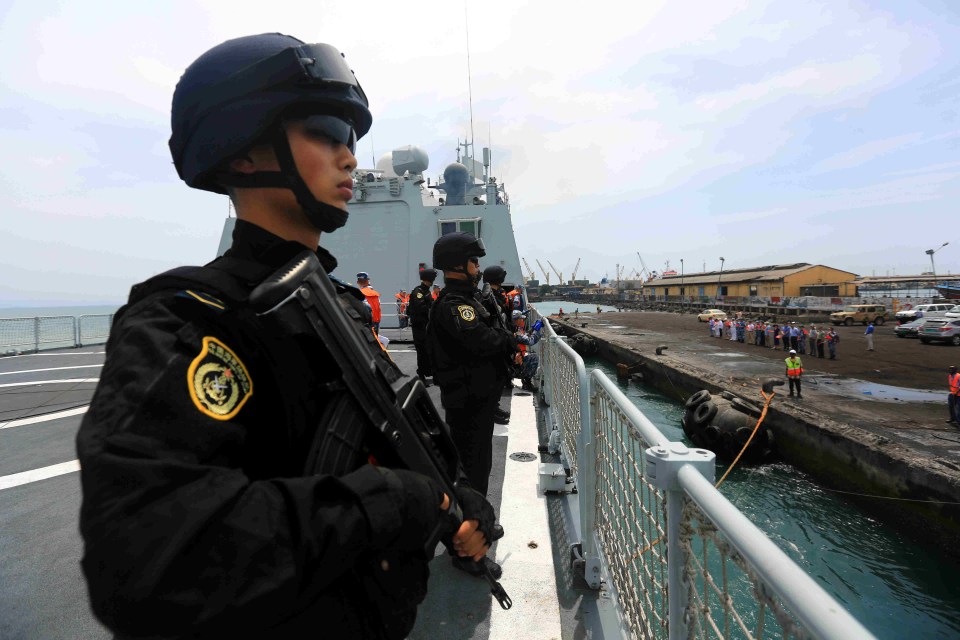 A Chinese ship arrives at the port of Djibouti, East Africa, in May 2018Credit: Getty – Contributor

But this aggressive move is actually meant to counter Beijing’s growing influence on the continent, a historian has argued.

It came as Donald Trump ramped up an ongoing trade war with China by labelling the country a “currency manipulator” in a dramatic escalation of the conflict.

Gerald Horne, a professor at the University of Houston, said: “The overriding issue is that a new Cold War is erupting with China.

“Africa will be a major battlefield.”

China has now overtaken the US as the main trading partner in Africa – leaving the Trump administration scrambling to retain a foothold.

Over the past two decades, Chinese trade with Africa has increased 40-fold, reports claim.

China has become exceptionally active in Africa, with a stream of high level visits, infrastructure investment and large commitments of loan capital.

It is currently building a massive hydropower plant in Angola and has built Africa’s longest railway connecting Ethiopia and Djibouti.

In contrast, the US has not been making a concerted effort to develop its economic relations with Africa over the past few years.

Some see China as a strategic threat, seeking to “lock up” access to vital natural resources such as oil, minerals and timber, and to undermine traditional Western influence.

The US has repeatedly accused China of using debt to hold states in Africa captive to its demands.

This project has been endorsed by 37 African countries so far.

Bolton also singled out Russia as another country vying for influence in Africa – although China is understood to pose a greater threat.

“They are deliberately and aggressively targeting their investments in the region to gain a competitive advantage over the United States.”

African states have also been warned to avoid Chinese “debt diplomacy”, which could put the independence of African nations at risk.

“China uses bribes, opaque agreements, and the strategic use of debt to hold states in Africa captive to Beijing’s wishes and demands.

“Its investment ventures are riddled with corruption,” Bolton said.

Bolton said the lack of economic progress in Africa has created a climate conducive to violent conflict and the proliferation of terrorism.

In response to China’s increasing grip on the continent, the US announced plans to increase investment in Africa in June.

US officials unveiled a $60bn investment agency which will seek to invest in low and middle-income countries, with a special focus on Africa.

Beijing is building on its economic ties by establishing greater military links to protect its assets in Africa.

China set up its first overseas military base in Djibouti, in the Horn of Africa, in 2017.

The People’s Liberation Army deployed troops to the base, but assured China is “not seeking to control the world”.

The small country lies on the Bab el-Mandeb Strait, a gateway to the Suez Canal, which is one of the world’s busiest shipping routes.

Djibouti also provides a vital port for landlocked neighbour Ethiopia, even more important now as a railway between both their capitals is completed.

The country is also home to military bases from the US and France, the former colonial power.

Many experts now anticipate more Chinese bases in the years to come, with Namibia rumored as a potential location

Experts believe Africa is set to become yet another battleground for the escalating trade war between Beijing and Washington.

For more than a year, the US and China have been locked in a growing conflict over claims Beijing steals trade secrets and pressures foreign companies to hand over tech.

Niall Ferguson, a senior fellow at the Hoover Institution at Stanford University, argues the trade war has now escalated to a new Cold War.

And worryingly, he believes China is a more formidable antagonist than the Soviet Union.

“It was not inevitable that the West would win the last Cold War,” Mr Ferguson argues.

“And it is far from clear that it’s going to win this one.

“China seems a more formidable antagonist than the Soviet Union was, demographically, economically, and technologically.

“For many countries, including staunch US allies such as Australia, Beijing’s economic pull is hard to ignore.”

The trade war between the US and China entered a new phase this week as Trump labelled Beijing a “currency manipulator” after the yuan fell to a record low.

Stock markets tumbled across the world as China’s currency traded at more than seven yuan to the dollar for the first time since 2008.

The drop in its value came after Trump threatened last week to hit China with a new round of import tariffs on $300 billion of goods. 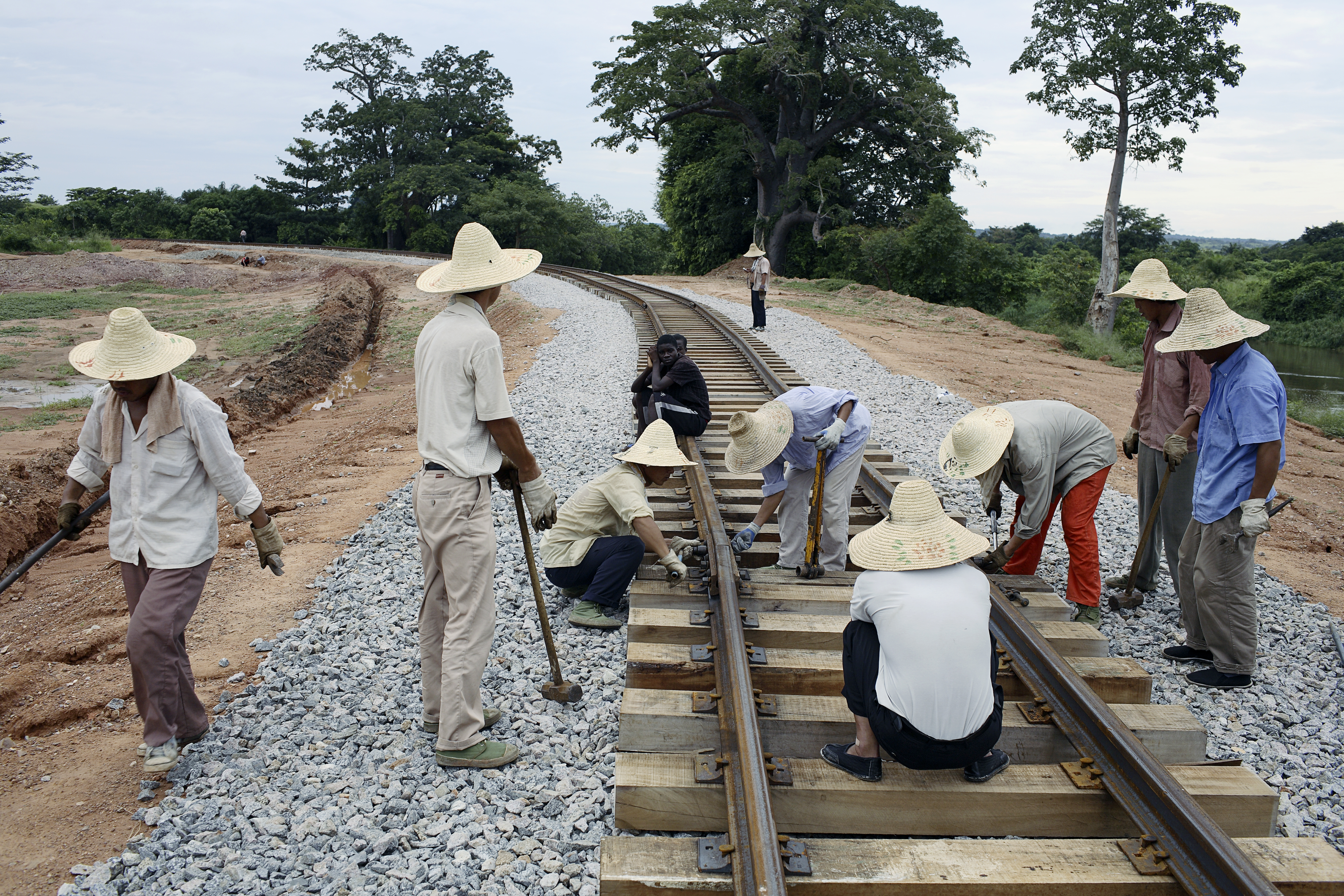