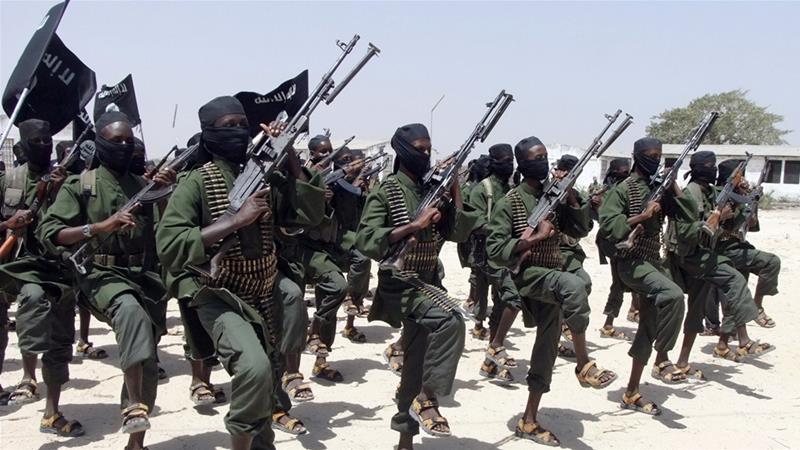 Al-Shabab is an armed group based in Somalia, fighting to topple the Western-backed Somali government. It wants to impose a strict version of Islamic law in the Horn of Africa country.

The armed group has carried out several attacks in neighbouring countries, including Kenya, since Nairobi launched a military operation inside Somalia in 2011.

The group used to control most parts of south and central Somalia, but since 2010, the fighters have been expelled from most major towns as the US military and a 20,000-strong African Union peacekeeping mission boosted the Somali forces.

The assault horrified the world and exposed weaknesses in Kenya’s security forces.

2014: In November 2014, members of Somalia’s al-Shabab armed group hijacked a bus in Kenya and killed 28 non-Muslims on board.

“What happened in Mandera today we did in revenge for what the non-believer government has done to innocent Muslims,” Sheikh Ali Mohamud Rage, a spokesman for the group, told Al Jazeera.

The attack on the Dusit hotel complex – which also houses offices and banks – sent people fleeing for their lives.

There could still be armed assailants in the building and the police operation was ongoing, reporters were told in a short briefing.