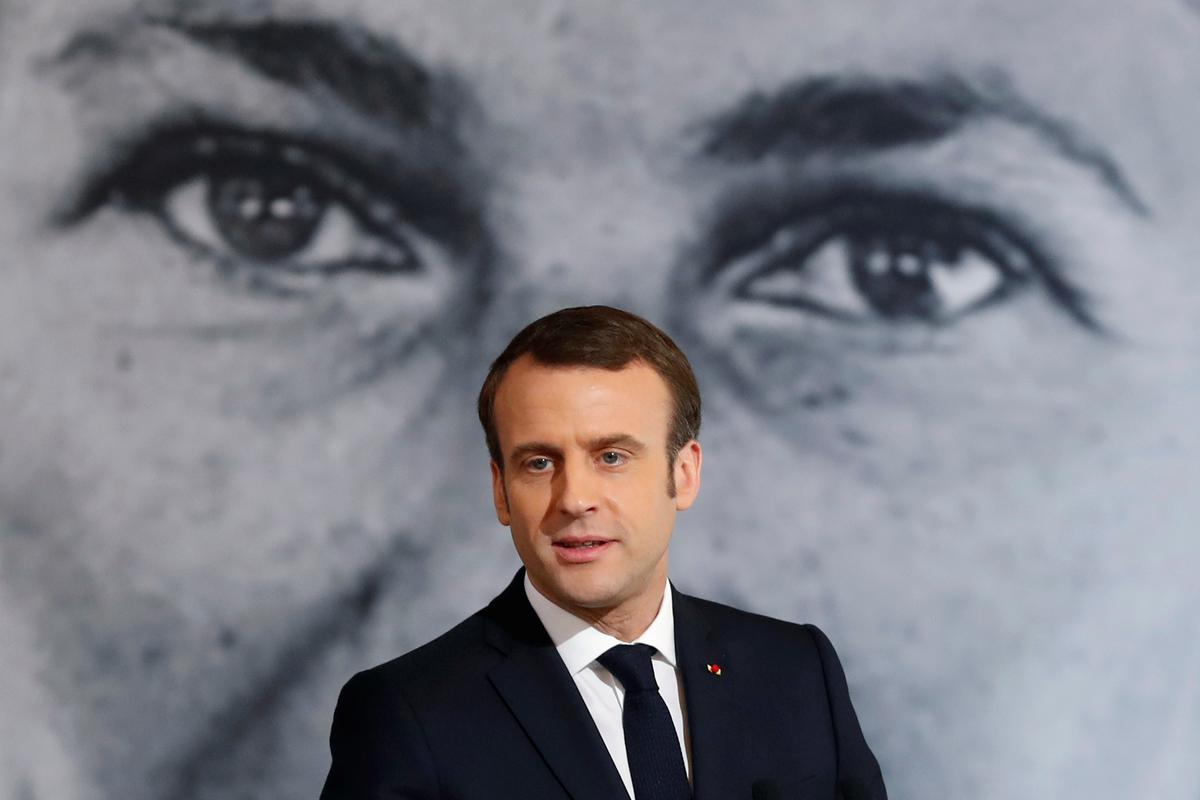 France’s President Emmanuel Macron delivers a speech during the presentation of the Simone Veil prize, at the Elysee Palace, in Paris, France March 8, 2019. Thibault Camus/Pool via REUTERS

DJIBOUTI (Reuters) – French President Emmanuel Macron warned on Tuesday of risks to the sovereignty of African countries from China’s increasing economic presence as he began a visit to the east of the continent.

Macron arrived in Djibouti looking to reassert French influence in a former colony on the Horn of Africa where China has built a military base and invested billions of dollars in infrastructure.

The French leader, who will also visit Kenya and Ethiopia on his current tour, cautioned that conditions attached to Chinese loans could be dangerous in the long term.

“China is a great world power and has expanded its presence in many countries, especially in Africa, in recent years,” he said alongside Djibouti President Ismail mar Guelleh. “But what can look good in the short term … can often end up being bad over the medium to long term.

“I wouldn’t want a new generation of international investments to encroach on our historical partners’ sovereignty or weaken their economies,” Macron added.

China said in September last year it was helping Africa develop, not pile up debt, as the government pledged $60 billion to African nations and rejected criticism it is loading the continent with an unsustainable burden.

Djibouti is strategically located at the southern entrance to the Red Sea on the route to the Suez Canal. It hosts France’s largest naval base in Africa with 1,400 French personnel used to train African troops and monitor the Horn of Africa and Yemen.

While Djibouti was regarded as a key French outpost in the past, Macron is only the second French leader to visit the tiny country of 1 million people in the last 20 years.

In a reminder of Beijing’s growing presence, Macron was received at Djibouti’s new Chinese-built presidential palace.

“Business is business. The Chinese invest here, while the French aren’t competitive,” a Djibouti government official said. “The French are late, very late. And they have no money.”

Djibouti’s president accused France in 2015 of abandoning Djibouti and investing very little there.

Macron said French firms were ready to invest in Djibouti for the long term but a better business environment was needed to shore up the country’s attractiveness to investors.

No commercial deals were signed during his visit.

“France considered Djibouti for too long to be a territory that was won,” said a senior French diplomat based in the region. “But now the competition from China is fierce.”

Djibouti also has a U.S. military base used as a launchpad for operations against Islamist militants in Yemen and Somalia, but in 2013 China opened its largest overseas military base in the country, rivaling those of Paris and Washington.

Chinese state banks have funded an infrastructure building spree across Africa. Many African leaders praise the Chinese for being willing to fund desperately needed projects to help kickstart their economies with less bureaucracy than multilateral institutions like the World Bank.

But some Western nations have expressed concern that the loans could trap poor countries in debt, saddling them with poor quality projects and forcing them to hand over control of strategic assets used as collateral.

Macron arrived in Djibouti looking to reassert French influence in a former colony on the Horn of Africa where China has built a military base and invested billions of dollars in infrastructure.