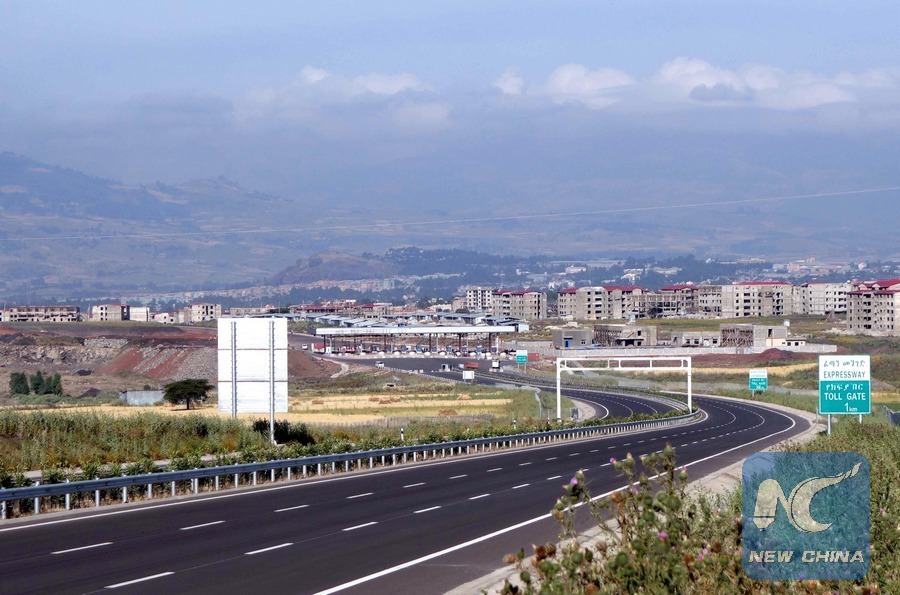 DIRE DAWA, Ethiopia, Oct. 30 (Xinhua) — Solomon Yene-Alem recalls the uncountable round trips he had made over his 19 years of experience as a lorry driver transporting different assortments of commodities all the way from the Ethiopian capital Addis Ababa to ports in the Red Sea nation of Djibouti.

“Most of the time we carry export-bound agricultural goods from Addis Ababa and other places in Ethiopia to the Djibouti port, while we transport technological appliances, consumer goods, medicines and various other factory products from the port to Addis Ababa,” Yene-Alem told Xinhua on Wednesday.

Amid Ethiopia’s expanding economy, coupled with its growing population which is currently estimated to surpass 105 million, the East African country has been in recent years struggling to mitigate the nexus between its increasing import-export demand with facilities that transport the burgeoning bulk of import and export commodities, both from and to the Djibouti port.

As part of the Ethiopian government’s plan to ease the critical pressure endured by the country’s crucial road infrastructure that connects the landlocked country with the Djibouti port, Ethiopia in June this year inaugurated the Chinese-built 220-km toll road, which eventually slashed the travel time from Dire Dawa city to Djibouti border from the previous 10 hours to 4 hours.

The vital road infrastructure was constructed by the Chinese firm, CGC Overseas Construction (CGC-OC) Group Ltd, in which 85 percent the project was financed by the Export-Import Bank of China while the remaining 15 percent was covered by the Ethiopian government.

According to Ethiopia’s Minister of Transport Dagmawit Moges, the previous bumpy road was highly dented due to frequent flooding and landslide, and had been “a major challenge to the general transportation along the eastern economic corridor.”

“It had been very difficult for our business and our safety as we were forced to drove below 30-km speed per hour due to the previous road’s dilapidated nature,” Yene-Alem said, adding that “the previous road had been a major challenge not just for our business but also for our safety, as we often suffered serious traffic accidents due to the road that was falling to pieces.”

“With the introduction of the new road, our business is not as usual… Now, it only takes us less than 5 hours to drive from Dewele to Dire Dawa,” he added.

Jiang Yinxiong, Deputy Project Manager of the 220-km toll road at the Chinese contractor CGC-OC Group Ltd, also told Xinhua on Wednesday that the vital road infrastructure is presently serving more than 1,000 freight trucks as well as other transportation vehicles on a daily basis, while the number of trucks is increasing as the Ethiopian economy expands.

The project, which is the second toll road in the East African country , next to the 85-km Addis Ababa-Adama toll expressway, was commenced in October 2014 following an agreement between ERA and the Chinese contractor CGC-OC Group Ltd.

“The contractor finalized all procedures of the road’s construction in accordance with the contract agreement, without any compromise to the expected quality,” Wondimu said, adding “the project was also transferred to the Ethiopian government within the stated time frame.”