Group Tasks Africa to Focus on Trade with China 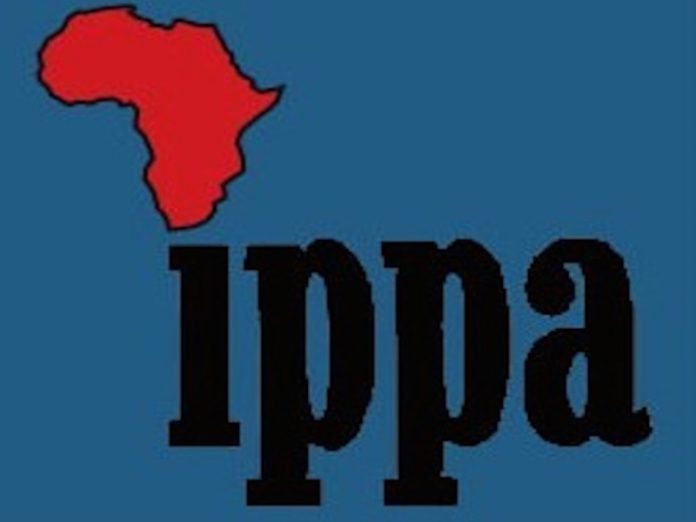 Ugo Aliogo
The Initiative for Public Policy Analysis (IPPA) has advised African leaders to rethink their engagement strategies with China in order to make their present relationships with the Asian country mutually beneficial and a win-win cooperation.

The group, which stated this in a statement signed and made available to THISDAY by the Senior Research Fellow, IPPA, Thompson Ayodele, noted that the key economic considerations that had shaped China-Africa relations are mainly loans, development assistance and debt cancellations, and trade.
The statement also noted that the summit would be used by China to offer new round of billions of dollars in loans and aid to African countries amidst rising debts.

Ayodele in the statement said African countries such as Angola and Djibouti which are recipients of China’s foreign loans and aid are already mired in debt, adding that these countries are either restructuring their debts or negotiating another round of loans.
He added that some African countries are seeking funding from the World Bank and the International Monetary Fund (IMF) because of their inability to pay back the Chinese.
According to him: “Loans and aid dependency from China will make growth elusive and alter the bottom up economic growth strategy in Africa.

“Instead, Africa should seek an increase in trade level comparable to China’s trade partners in Asia whose trade volume is five times higher than trade with Africa.
“The Free Trade Agreement (FTA) signed between China and its Association of Southeast Asian Nations (ASEAN) trade partners in 2002 has contributed to the increase in the volume of trade between China and its ASEAN partners. However, Africa is left out of China’s FTAs foray.

“The central criteria of China’s FTAs include, achieving “One China” policy; recognition of China as a market economy; achieving access to raw materials; and maintaining and strengthening its political and diplomatic relations. Many African countries such as Kenya, Nigeria, Sudan, and South Africa, to mention a few, meet these criteria with which China signs FTAs.”

MAN Endorses Manufacturing Equipment Expo
The President, Manufacturers Association of Nigeria (MAN), Dr. Frank Udemba Jacobs has reiterated his association’s commitment to support initiative that would promote the manufacturing industry.
This was made known at the recently held MAN annual general meeting held by the Abuja Chapter of the association.

The event which had the Minister of the Federal Capital Territory, Alhaji Muhammadu Musa Bello as guest speaker and the Senior Special Adviser to the President on Industry, Trade and Investment, Dr. Mrs Oduwole Olajumoke, in attendance; was to positively engage heads of government, it’s agencies and parastatals on policies that have the potential to impact the manufacturing industry.
Jacob assured that MAN would continually support the Nigeria Manufacturing and Equipment Expo, which he believes to be a credible initiative to further encourage investment and promote sustainable development within the manufacturing industry.

The Nigeria Manufacturing and Equipment Expo featuring mPAD and collocated with the Nigeria Raw Material Expo was a 3-day annual event, an international end of line packaging and processing exhibition for the agro food, beverage, textiles, pharmaceuticals, industrial and non -food manufacturing industry.

Still speaking at the event, the Event Manager, Nigeria Manufacturing and Equipment (NME) Expo, Mr. Joseph Oru, expressed gratitude to MAN for the support in ensuring a successful hosting of the third edition of the event.
According to him, CEWA would not relent in her effort to keep making relevant contribution to the industry.

During the 2018 edition of the NME, the Vice President, Professor Yemi Osinbajo, who was represented by Oduwole, also revealed that the current administration was working to ensure the elimination of bottlenecks that may hinder industrialisation.
Clarion Events West Africa is a division of Clarion Events Limited based in the United Kingdom established since 1947 with capacities and expertise in producing over 180 innovation and market leading exhibitions annually; organised with 13 global offices.

Paga Releases New Money Transfer App
With its newest offering, Paga, one of Nigeria’s leading mobile money company is making it easier to send and receive money for all Nigerians.
The app which is now available in both the Android Play and iOS App stores, shrinks the already existing functionalities of the Paga platform and strips it down to two main functions – send money and request money, a statement from the company explained.

“Paramount for us was the user experience. To get it right we took a step back and removed all the clutter you find in a lot of apps —and chose to focus on two things — send and request money.
“Have you ever found yourself spending time trying to contact someone to get their account number just so you can pay them?” explained the CEO and Founder, Paga, Tayo Oviosu.

“Or looking for your account number to give someone? Then going through the numerous steps required to complete a payment? Well, no need to ever do that again! Simply pick the person you want to send money to, and do so easily— by phone number or email,” he added.
According to him, the appeal lies not only in its simplicity, but also in its highly enjoyable user experience – it is the simplest way to access your money from different sources – be it your debit cards or bank accounts and use from one central wallet.

“It is easy to use – simply choose a person from your contact list or enter a phone number or email address; and Paga has made it absolutely free! No charges and no fees on any transactions.
“The service is not limited to the app – it is available on all platforms, including the online channel and USSD portal *242#,” the statement added.
Paga, which was founded nine years ago, has remained innovative in its quest to support Nigeria’s financial inclusion journey.

The company recently celebrated crossing the nine million customer mark; a feat achieved barely six months after reaching eight million and has processed over $3.6 billion worth of transactions.
They have done this through building their agent network, and key collaborations with various financial institutions. Now, they are putting Paga into people’s hands.

“At Paga, we are building an ecosystem that enables people to digitally send and receive money and creating simple financial access for everyone.
“We do not seek to be the bank but rather to partner with banks and financial institutions in the markets we operate.”
“In line with the likes of Paypal and Venmo, this new offering will revolutionise how Nigerians are interacting with their money, and improve access to digital financial solutions. The company hints at plans to build in more functionalities and services in the future,” the statement added.