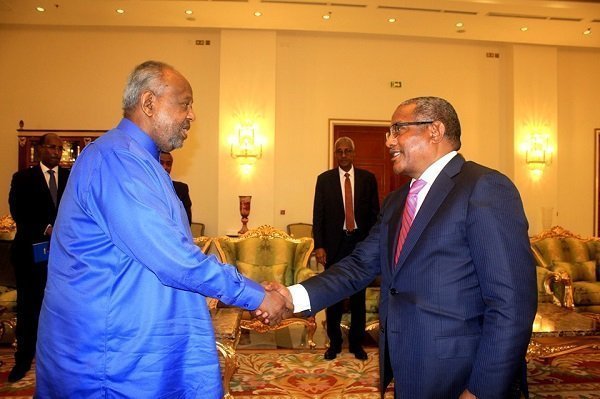 Ethiopia’s new foreign minister, Gedu Andargachew, is in Djibouti for an official working visit, the Ministry of Foreign Affairs of Ethiopia disclosed on Tuesday.

Later in the day, Gedu met with the country’s president Ismael Omar Guelleh at the presidential palace.

The president reportedly told Gedu that his “government’s unwavering commitment towards ensuring that the symbolic Ethio-Djibouti ties would make giant leaps forward in the years to come.”

However, the ministry has disclosed that socio-economic, political and bilateral issues were among agenda items during the talk between Gedu and Ismael Omar Guelleh.

Dagmawit Moges, Ethiopia’s Minister for Transport, was among the delegates that escorted the Foreign Affairs Minister to Djibouti.

New financing for EU-IOM initiative in Horn of Africa