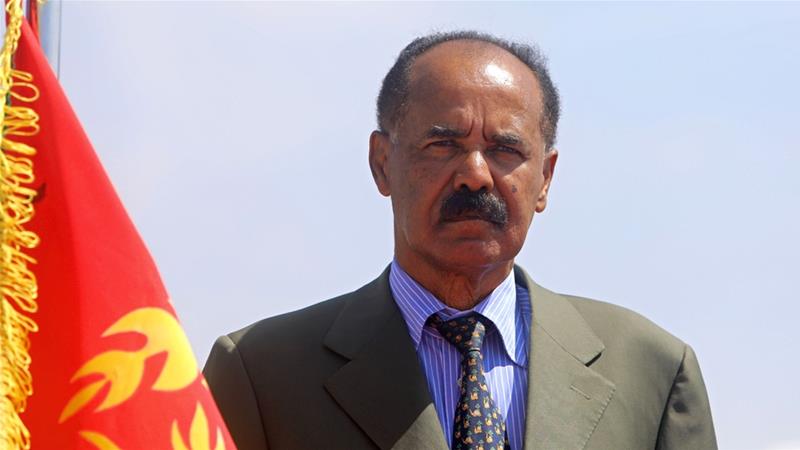 Eritrea’s education system continues to force students into indefinite military or government jobs, a new report says, before adding that for many, fleeing the country is the only way to avoid it.

An 87-page report released by Human Rights Watch (HRW) on Friday portrays Eritrean secondary education as a conscription machine that subjects students to forced labour and physical abuse as they are groomed for indefinite government service.

Despite a peace deal with Ethiopia in July 2018, which inspired hope for reform, the government – headed by President Isaias Afwerki since 1993 – has not enacted meaningful changes in the system, the report said.

The Horn of Africa country, home to nearly 4.5 million people, has previously been condemned by the United Nations for abuses that include extrajudicial killings, torture and slave-like conditions for citizens.

The Global Slavery Index estimates that 93 out of every 1,000 citizens are living in a form of modern slavery in Eritrea, which it ranked second-worst in the world.

“Human Rights Watch research finds that many Eritreans have spent their entire working lives at the service of the government in either a military or civilian capacity,” the HRW report stated.

“This indefinite national service has had a visible and lasting impact on the rights, freedom and lives of Eritreans.”

The conscription starts early, while many are still children, according to the report.

Since 2003, students in their final year of secondary school in the East African country are forced to go for training at the isolated Sawa military camp near the Sudan border.

Rampant sexual abuse of women and girls in the training camps was also documented.

The most recent HRW report uses interviews with 73 high school students and teachers to paint a more complete picture of this school-to-government pipeline. All those interviewed were students or teachers in Eritrea between 2014 and 2018 and are currently living in exile in Sudan, Ethiopia, Italy and Switzerland.

“When you go to Sawa, you use their head, and not your own,” one student who attended the camp in 2015 told HRW investigators. “I just couldn’t see a future there. I lost all hope.”

“They are making us into slaves, not educating us,” another former student told the rights group.

Secondary schools at the heart of ‘repressive system’

After the compulsory training, some Eritrean students are sent directly into the military service. Others are sent to college, from which they are funnelled into government jobs, according to the report.

Those who reject this future have few choices beyond fleeing the country. Some students intentionally fail classes in a futile attempt to delay the conscription.

Those who attempt to flee often face lengthy detention in grim conditions. Some face physical abuse and torture, according to rights groups.

An estimated 507,300 Eritreans live in exile, according to HRW. Many of those fleeing are aged 18 to 24. Thousands of Eritreans, including unaccompanied minors, attempt to travel to Europe every year.

In a vicious cycle, many students are forced into secondary teaching posts, with no control over what or where they teach and no power to leave the low-paying jobs, the report said. The result is a teaching corps that is often unmotivated or absent.

“It’s unlimited service,” a 25-year-old assigned to teach in Sawa before fleeing in 2018 told HRW. “If you are conscripted to teach physics, you will be a physics teacher for life.”

A call for reform

A former Italian colony, Eritrea was annexed by Ethiopia after the second world war. It gained independence in 1991, but a bloody border conflict in 1998 led to an extended standoff between the two countries.

The government has previously used the stalemate, and the need to remain on a “war-footing”, to justify its repressive regime and system of conscription.

The two governments signed a peace deal in 2018.

HRW said recent reforms since the peace deal have not gone far enough. Specifically, the report called for an end to compulsory military training for students, ensuring that no one under the age of 18 is forcibly conscripted and make sure education positions are filled by those who are qualified and choose to teach.

“Eritrea’s secondary schools are at the heart of its repressive system of control over its population,” said Laetitia Bader, senior Africa researcher at HRW.

“Now that peace with Ethiopia is restored, reforms on human rights, starting with the rights and freedom of the country’s youth, need to follow.”

HRW said it sent findings from the report to the government of Eritrea but received no response.

Al Jazeera’s attempts to reach Eritrean officials to seek a response on the allegations were not successful.