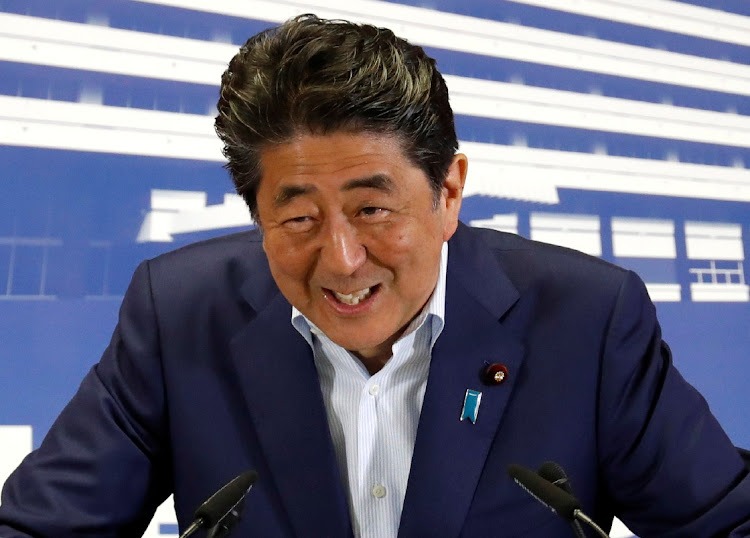 When he pledged to step up efforts to promote private sector investments in Africa, Japanese Prime Minister Shinzo Abe was jockeying for a stronger position on the continent that is becoming way too reliant on China.

Speaking last week at a three-day Tokyo International Conference on African Development (Ticad),  Abe told more than a dozen African leaders, including President Cyril Ramaphosa, that his government would provide “limitless support” to Japanese companies seeking to invest on the continent.

Japan’s efforts are a welcome challenge to China, whose overwhelming presence and, particularly the state-to-state hundreds of billion rand in lending, is creating a sense that Africa is putting more and more of its eggs in Beijing’s basket.

Last September at a conference with African leaders, Chinese President Xi Jinping pledged $60bn in financing for Africa and wrote off some debt for the continent’s poorer nations. China’s trade with Africa totalled $200bn in 2018, more than 12 times the value of trade between the continent and Japan.

But with about 40% of low-income African countries in debt distress, or at high risk of it, according to the IMF, China is showing little restraint for risk appetite, raising cynical questions about its political motivations.

From 2000 to 2017, China loaned about $143bn to African governments and their state-owned companies, figures from the China-Africa Research Initiative at Washington’s Johns Hopkins University School of Advanced International Studies show.

China has pledged $126bn for the plan, which could potentially fuel indebtedness of some of these countries. How will they repay China if the IMF, a Bretton Woods entity already considering stepping in with an aid programme in Zambia and a few others, is sounding alarm bells about nearly half the region’s country’s ability to pay interest on borrowings?

It’s simple. Recipient nations put up a sizeable collateral that China will seize in the event of a default. China has claimed a collateral once before, in 2017, when Sri Lanka formally handed over commercial activities in its economically vital Hambantota.

Critics of China’s infrastructure funding have warned that Djibouti in the Horn of Africa could be next to sacrifice its sovereignty to cope with an unaffordable debt burden. Nearly 80% of the tiny east African nation’s debt is held by China.

Many African countries, even those heavily indebted to China, say Beijing offers far better terms. What’s in it for China?

There’s little commercial logic in lending more than $600m over a 20-year period with a seven-year grace period at about 3% interest, as China had done with a loan to Djibouti to fund the development of a container terminal. There are no free lunches.

In Kenya, newspapers printed portions of loan agreement between Kenya and China that the African country had put up its largest port Mombasa as collateral for $3.2bn in funding to build a railway line. Kenya says there’s no such thing but won’t disclose the terms of the deal.

Late in 2018, President Cyril Ramaphosa was quick to reassure parliament that Eskom’s sovereignty, and by extension ours, was safe when a DA member asked for details of a R33bn loan from a Chinese state-owned bank to Eskom.

There are no more details about the loan, used to fund the construction of Kusile coal-fired power station, other than it is repayable by Eskom over 10 years with a five-year grace period and it offered at an unspecified competitive rate.

That said, Japan is in a tight fiscal position to compete to offer African countries an alternate state developmental funding.

The country is grappling with higher social security spending to support the ageing population and the cost of servicing the world’s heaviest public debt burden.

But turning to its vast private sector, which boasts industry giants, including carmakers Toyota and Nissan, could potentially be a catalyst for African countries to institute investor-friendly policies to boost investments in everything from agriculture to vehicle assembly plants.

In addition, Japan has an opportunity to show real commitment to Africa through skills transfer, an area in which China has fallen short.