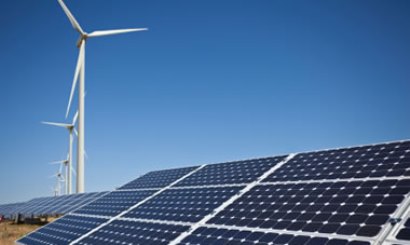 The Minister of Energy in charge of Natural Resources of the Republic of Djibouti is set to organize the first regional conference and exhibition next month.

The conference, which will take place from October 21-23, 2018, focus on the development of renewable energies in Djibouti and East Africa. It also looks into the assets and opportunities in the sector.

Developing Djibouti’s significant renewable energy resources will allow the country to reach its goal of sourcing 100 per cent of its energy from renewables by 2020, according to the 2015 report of the International Renewable Energy Agency (IRENA).

Since 2011, the Ethiopia-Djibouti interconnection has enabled Djibouti to draw about 65% of its electricity needs from Ethiopia. Over 98% of Ethiopia’s electricity is from renewable sources. Prior to this, 100% of Djibouti’s power generation came from oil products.

The exhibition and conference will showcase for the first time in East Africa, products from solar, wind and geothermal energy sectors, according to the organizers.

The organizers have stated that presentations of internationally renowned experts on political and economic issues on renewable energies sector will be at the center of the conference.

“Through this event, Republic of Djibouti wishes to increase the growth in the renewable energy sector and contribute to the sustainable economic development of the country initiated in several sectors,” the organizers said.

The 2015 IRENA report stated that roughly 55 per cent of the population of Djibouti had no access to electricity. The country also remains heavily dependent on imported fossil fuels and power, which exposes it to fluctuating oil prices, blackouts and other service disruptions.

Greenhouse gas emissions have also rapidly increased in the last 20 years due mainly to fossil fuels in the electricity mix and Djibouti’s unemployment rate currently stands at 60 per cent, according to IRENA’s 2015 report on renewable energy of Djibouti.

“Djibouti has the opportunity to position itself as a transcontinental transmission hub between the power pools in Africa and the Arabian Peninsula (Yemen in the short term). By also becoming an outlet for clean energy, Djibouti can create better energy security conditions for itself and play a part in decarbonising the power sector in Yemen and beyond,” the report said.