America Must Prepare for the Coming Chinese Empire 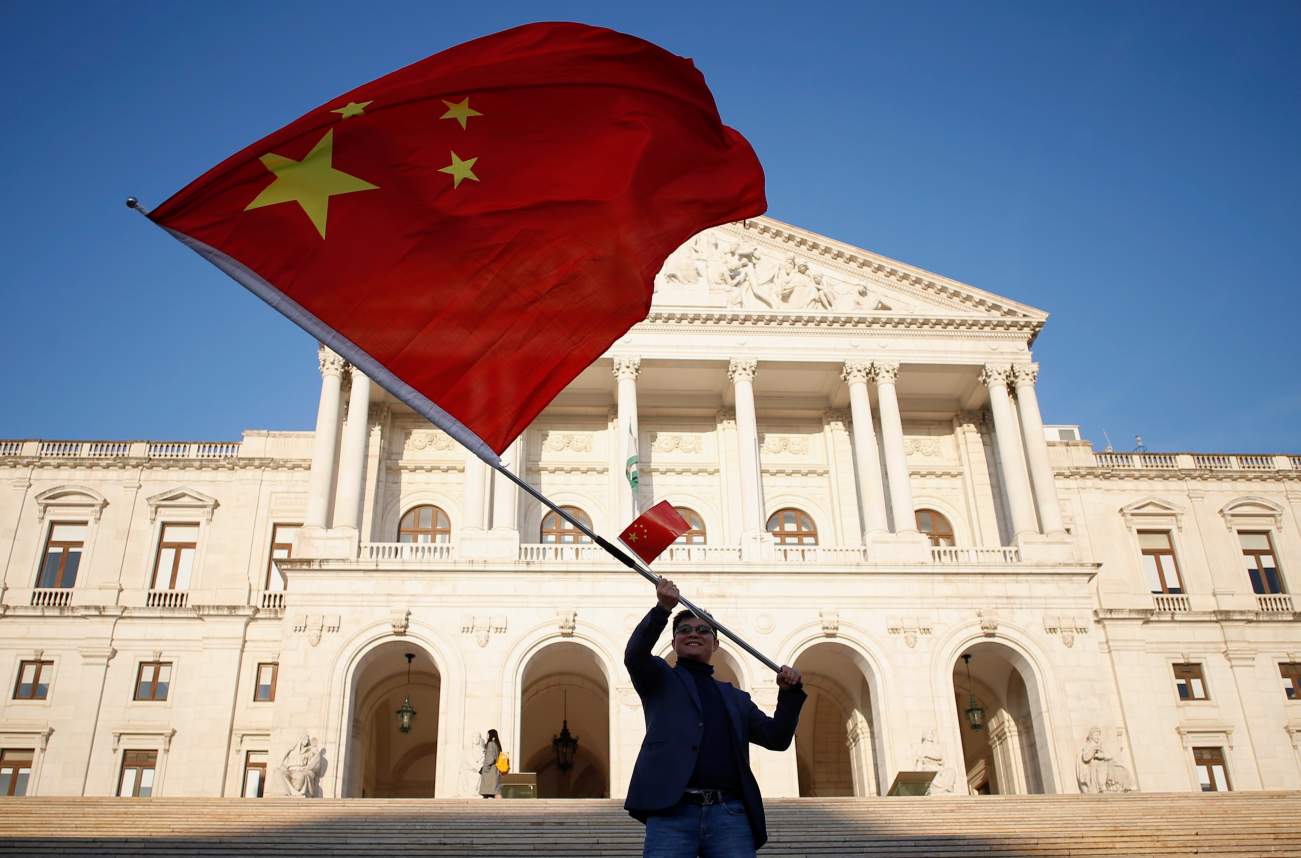 The last thing American policymakers or strategists should assume is that somehow Americans are superior to the Chinese.

BEFORE ONE can outline a grand strategy for the United States, one has to be able to understand the world in which America operates. That may sound simple, but a bane of Washington is the assumption of knowledge where little actually exists. Big ideas and schemes are worthless unless one is aware of the ground-level reality of several continents, and is able to fit them into a pattern, based not on America’s own historical experience, but also on the historical experience of others. Therefore, I seek to approach grand strategy not from the viewpoint of Washington, but of the world; and not as a political scientist or academic, but as a journalist with more than three decades of experience as a reporter around the globe.

After covering the Third World during the Cold War and its aftershocks which continue to the present, I have concluded that, despite the claims of post-colonial studies courses prevalent on university campuses, we still inhabit (in functional terms, that is) an imperial world. Empire in some form or another is eternal, even if European colonies of the early-modern and modern eras are gone. Thus, the issue becomes: what are the contours of the current imperial age that affect grand strategy for the United States? And once those contours are delineated, what should be America’s grand strategy in response? I will endeavor to answer both questions.

Empire, or its great power equivalent, requires the impression of permanence: the idea, embedded in the minds of local inhabitants, that the imperial authorities will always be there, compelling acquiescence to their rule and influence. Wherever I traveled in Africa, the Middle East and Asia during the Cold War, American and Soviet influence was seen as permanent; unquestioned for all time, however arrogant and overbearing it might have been. Whatever the facts, that was the perception. And after the Soviet Union collapsed, American influence continued to be seen for a time as equally permanent. Make no mistake: America, since the end of World War II, and continuing into the second decade of the twenty-first century, was an empire in all but name.

That is no longer the case. European and Asian allies are now, with good reason, questioning America’s constancy. New generations of American leaders, to judge from university liberal arts curriculums, are no longer being educated to take pride in their country’s past and traditions. Free trade or some equivalent, upon which liberal maritime empires have often rested, is being abandoned. The decline of the State Department, ongoing since the end of the Cold War, is hollowing out a primary tool of American power. Power is not only economic and military: it is moral. And I don’t mean humanitarian, as necessary as humanitarianism is for the American brand. But in this case, I mean something harder: the fidelity of our word in the minds of allies. And that predictability is gone.

Meanwhile, as one imperium-of-sorts declines, another takes its place.

China is not the challenge we face: rather, the challenge is the new Chinese empire. It is an empire that stretches from the arable cradle of the ethnic Han core westward across Muslim China and Central Asia to Iran; and from the South China Sea, across the Indian Ocean, up the Suez Canal, to the eastern Mediterranean and the Adriatic Sea. It is an empire based on roads, railways, energy pipelines and container ports whose pathways by land echo those of the Tang and Yuan dynasties of the Middle Ages, and by sea echo the Ming dynasty of the late Middle Ages and early-modern period. Because China is in the process of building the greatest land-based navy in history, the heart of this new empire will be the Indian Ocean, which is the global energy interstate, connecting the hydrocarbon fields of the Middle East with the middle-class conurbations of East Asia.

This new Indian Ocean empire has to be seen to be believed. A decade ago, I spent several years visiting these Chinese ports in the making, at a time when few in the West were paying attention. I traveled to Gwadar in the bleak desert of Baluchistan, technically part of Pakistan but close to the Persian Gulf. There, I saw a state-of-the-art port complex rising sheer above a traditional village. (The Chinese are now contemplating a naval base in nearby Jawani, which would allow them to overwatch the Strait of Hormuz.) In Hambantota, in Sri Lanka, I witnessed hundreds of Chinese laborers literally moving the coast itself further inland, as armies of dump trucks carried soil away. While America’s bridges and railways languish, it is a great moment in history to be a Chinese civil engineer. China has gone from building these ports, to having others manage them, and then finally to managing them themselves. It has all been part of a process that recalls the early days of the British and Dutch East India companies in the same waters.

Newspaper reports talk of some of these projects being stalled or mired in debt. That is a traditionally capitalist way to look at it. From a mercantile and imperialist point of view, these projects make perfect sense. In a way, the money never really leaves China: a Chinese state bank lends the money for a port project in a foreign country, which then employs Chinese state workers, which utilize a Chinese logistics company, and so on.

The South China Sea represents one geographical frontier of the Greater Indian Ocean world; the Middle East and the Horn of Africa represent the other. The late Zbigniew Brzezinski once wisely said in conversation that hundreds of millions of Muslims do not yearn for democracy as much as they yearn for dignity and justice, things which are not necessarily synonymous with elections. The Arab Spring was not about democracy: rather, it was simply a crisis in central authority. The fact that sterile and corrupt authoritarian systems were being rejected did not at all mean these societies were institutionally ready for parliamentary systems: witness Libya, Yemen and Syria. As for Iraq, it proved that beneath the carapace of tyranny lay not the capacity for democracy but an anarchic void. The regimes of Morocco, Jordan and Oman provide stability, legitimacy, and a measure of the justice and dignity that Brzezinski spoke of, precisely because they are traditional monarchies, with only the threadbare trappings of democracy. Tunisia’s democracy is still fragile, and the further one travels away from the capital into the western and southern reaches of the country, close to the Libyan and Algerian borders, the more fragile it becomes.

This is a world tailor-made for the Chinese, who do not deliver moral lectures about the type of government a state should have but do provide an engine for economic development. To wit, globalization is much about container shipping: an economic activity that the Chinese have mastered. The Chinese military base in Djibouti is the security hub in a wheel of ports extending eastward to Gwadar in Pakistan, southward to Bagamoyo in Tanzania, and northwestward to Piraeus in Greece, all of which, in turn, help anchor Chinese trade and investments throughout the Middle East, East Africa and the eastern Mediterranean. Djibouti is a virtual dictatorship, Pakistan is in reality an army-run state, Tanzania is increasingly authoritarian and Greece is a badly institutionalized democracy that is increasingly opening up to China. In significant measure, between Europe and the Far East, this is the world as it really exists in Afro-Eurasia. The Chinese empire, unburdened by the missionary impulse long prevalent in American foreign policy, is well suited for it.

MORE TO the point, when it comes to China, we are dealing with a unique and very formidable cultural organism. The American foreign policy elite does not like to talk about culture since culture cannot be quantified, and in this age of extreme personal sensitivity, what cannot be quantified or substantiated by a footnote is potentially radioactive. But without a discussion of culture and geography, there is simply no hope of understanding foreign affairs. Indeed, culture is nothing less than the sum total of a large group of people’s experience inhabiting the same geographical landscape for hundreds or thousands of years.
https://nationalinterest.org/feature/america-must-prepare-coming-chinese-empire-63102
Tags: Central AsiaChinese SeaEuropean alliesThird WorldUnited StatesWashington
Next Post