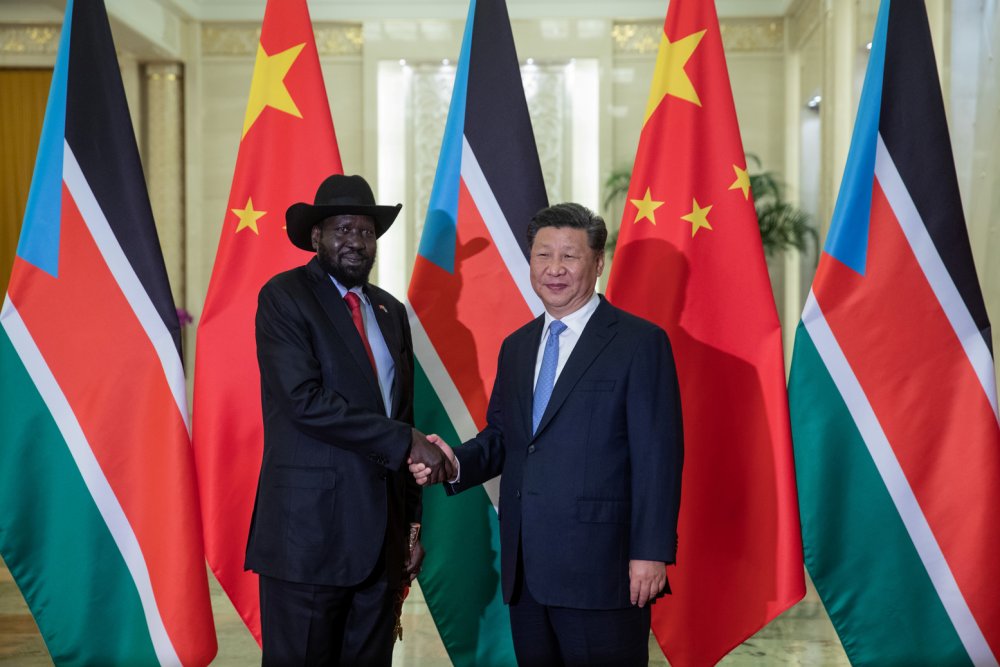 Africa is on the cusp of a new period in its history, its renaissance. Freed from centuries of colonialism and neo-imperialism, Africa has the opportunity to become a center of economic might to provide prosperity to the continent’s growing population. Yet, at present, Africa unfortunately faces a new danger: Sino-imperialism, the risk of falling under the control of China largely through Chinese economic investment and loans. The People’s Republic of China has long supported African states since the Chinese Communist Party (CCP) came to power in 1949. Under Mao, China’s backed African liberation movements in an effort to advance Maoism and offset Soviet and American influence. In much of Africa today, China is the imperialist power.

China is in Africa now not to advance Maoism, but to control its resources, people, and potential. From building railways in Kenya and roads in rural Ethiopia to running mines in the Congo, China has drastically changed the African economic landscape in the twentieth century. China lent nearly $125 billion to Africa between 2000 and 2006 and recently pledged $60 billion at the 2018 Forum on China-Africa Co-operation. The Chinese superficially appear to maintain a mutually beneficial relationship with Africa by providing financial and technical assistance to Africa’s pressing developmental needs. Trade between China and Africa has grown from $10 billion in 2000 to $190 billion by 2017. It is estimated that 12 percent of Africa industrial production, or $500 billion annually—nearly half of Africa’s internationally contracted construction market—is carried out by Chinese firms.

China’s activities in the African continent have yet to receive the attention they deserve in the West. China’s behavior in Africa is important for three major reasons. First, China is the source of significant investment capital twinned with a prodigious ability to create infrastructure, both of which are needed by many African states. Second, China’s behavior in Africa provides the rest of the world with insight into how it will behave towards other states, particularly the states of the Global South, as it becomes equal in power with the United States. Third, what China is doing in Africa does not augur well for the rest of the world. China’s activities and behavior in Africa may only be described as neo-colonial and exploitative of African peoples and the environment.

China’s abusive behavior towards African states has occurred for decades. In 2007, Guy Scott, the former agricultural minister in the Zambian government told The Guardian, “We’ve had bad people before. The whites were bad, the Indians were worse, but the Chinese are worst of all.” But Sino-imperialism is getting worse as China grows in power and seeks evermore resources.

There are copious examples of the negative consequences of Sino-imperialism. One archetypical case is the China National Petroleum Corporation, the state-owned oil and gas company, which is a major investor operating in South Sudanese oil fields. The Chinese pollute the local environment with impunity, resulting in children born with deformities, the poisoning of livestock, destruction of fertile land, and the pollution of rivers. Additionally, the Chinese cause environmental destruction in the Northern Upper Nile and Ruweng states affects the indigenous Dinka Padang communities of South Sudan. The Chinese help produce oil generating revenue and economic opportunities but are not bound with environmental standards.

The Chinese influence in South Sudan also results from road construction and infrastructure development. South Sudan will provide thirty thousand barrels per day of crude to the Export-Import Bank of China to fund the construction of roads and infrastructure development. This includes the construction of a 392-kilometer (244-mile) road from Juba to Rumbek and from Juba to Nadapal on the Kenyan border, which is being built by a Chinese firm using Chinese technology and manpower.

South Sudan’s neighbors, Ethiopia and Kenya, received loans for infrastructure projects from the Chinese. The Chinese Belt and Road Initiative has introduced dynamic infrastructure projects such as the Standard Gauge Railway. The railway connects Djibouti, Ethiopia, and Kenya. The railway was Ethiopia’s first railway in over a century and Africa’s first fully electrified line. The railways cuts travel time from the capital Addis Ababa to Djibouti from two days by road to twelve hours.

As might be expected from this Sino-imperialist project, the railway has been plagued with technical and financial challenges, which calls into question Ethiopia’s dependence on Chinese technology and debt-finance. The African country is struggling to repay its loan to China and reap the benefits of this dynamic infrastructure project. In 2018, Addis Ababa negotiated with China and structured its loan terms from fifteen to thirty years. In next door Kenya, as a result of heavy borrowing by the government, China may seize the port of Mombasa. According to Kenya’s Daily Nation newspaper, the terms are Draconian and state “neither the borrower [Kenya] nor any of its assets is entitled to any right of immunity on the grounds of sovereignty, with respect to its obligations.”

In addition to these abuses, the Chinese presence in Africa is defined by a purposeful isolation from the indigenous population. Chinese firms bring in their own drivers, construction workers, and support staff, denying these employment opportunities to Africans, and often live apart from the African societies in which they reside.

These activities are only an example of China’s abusive behavior in Africa. Africa endured colonialism and neo-imperialism for hundreds of years. Just as Africa has freed itself from those bonds, it needs to work with the West and other states to provide alternatives to Chinese money and infrastructure. The greatest threat Africa faces today is Sino-imperialism. It is now in danger of being captured by China’s sinister Sino-imperialism that will keep Africa from entering its renaissance.

Ethiopia opens up banking sector to its diaspora