Africa does not need to be afraid of us, says China: Foreign ministry official says there’s NO plan to seize key assets as she denies claims of plot to take control of Kenyan port that has defaulted on a loan

China has denied its government has an agenda to seize African assets by giving out huge loans they know will be defaulted.

The communist country has been accused of loaning African governments vast sums of money for major infrastructure projects, then seizing ports and railway lines when the billion payments are not met.

The Chinese government insists its economic relationships with African countries are mutually beneficial and rejects suggestions it is using debt to expand global influence.

Earlier this year President Xi Jinping pledged up to $60billion in new loans to African countries.

China was accused of trying to gain control of Mombasa port after it was said to have been used as collateral for a 2.5billion (327 billion Kanyan Shilling) loan for the new Standard Gauge Railway (SGR). 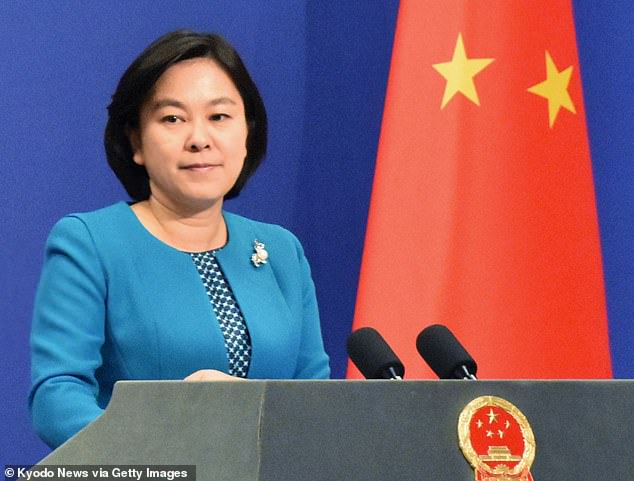 A leaked report by the Kenyan auditor general’s office showed that in 2013, the Kenya government had waived the port’s sovereign immunity in order to use it as a security for the loan from China Exim Bank.

Other assets related to the shipment of goods from the port, including the Inland Container Depot in Nairobi and the Standard Gauge Railway (SGR), may also be at risk if the Chinese take control of the port, local media reported.

But China yesterday denied having attached the Port of Mombasa as collateral to its contract for funding of a new Mombasa-Nairobi SGR railway line, which would link the port to the capital Nairobi.

Hua Chunying, a spokeswoman for the Chinese Foreign Ministry said suggestions the port risked being taken over by China if Kenya defaulted on the loan were not true. 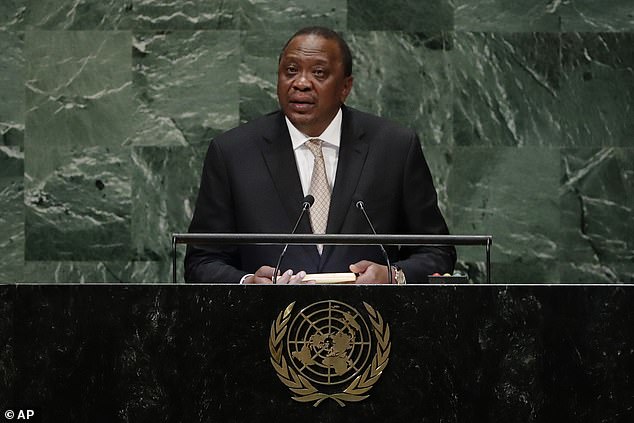 She also refuted claims that African countries were at risk of bring overburdened with China loans and said due diligence had been carried out before the capital was loaned.

Chunying added: ‘When cooperating with African countries including Kenya, Chinese companies and financial institutions will always conduct joint and thorough scientific study on the feasibility of the projects and then proceed to determine construction and funding plans and scales to guard against causing debt risks and fiscal burdens for Africa.’

Kenya has reportedly taken huge loans from China to develop major highways linking Nairobi to the port to transport goods through Mombasa.

Last month the Overseas Development Institute said that almost 40 per cent of sub-Saharan African countries are in danger of falling into a ‘major debt crisis’.

Djibouti, Republic of Congo and Zambia were said to be the most at risk of debt from these Chinese loans, the China-Africa Research Initiative (CARI) at John Hopkins University said in 2015.

Kenya’s President Uhuru Kenyatta said the government will continue to borrow from China and the rest of the world despite criticism over allegations of unsustainable levels of national. 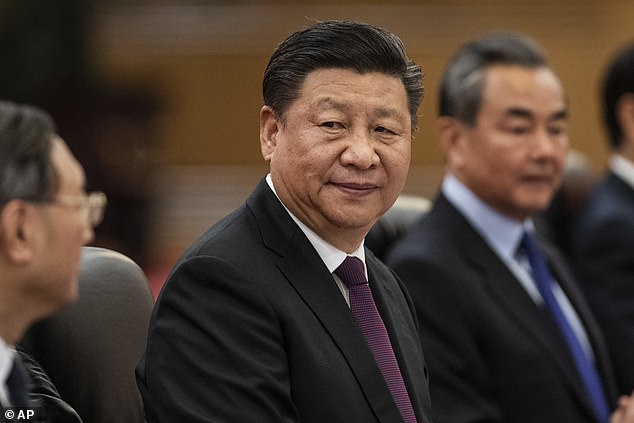 He denied claims port has been mortgaged to the Chinese bank over the railway loan and claimed his government is ahead on its repayment schedule, according to Kenyan outlet Citizen TV.

Kenyatta said at a press conference: ‘You have seen the Chinese government say that nothing like that exists.

‘If you want a copy of the contract we have with China I can get it to you tomorrow.

‘We are opening up roads across the country and a railway line that never existed 50 years ago.

‘The debt we are incurring is for development projects that will not only benefit this generation but future ones as well.’

In September Botswana became the second African country, after Ethiopia, to announce that Beijing had agreed to extend its loan repayment period for rail and road infrastructure.\