A scheme for global domination 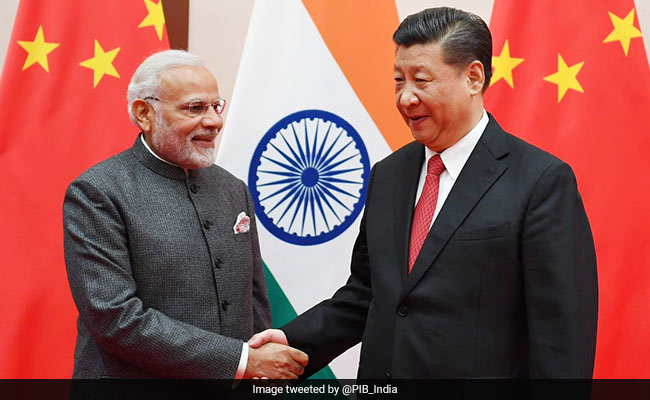 When Prime Minister Narendra Modi refused to endorse China’s Belt and Road Initiative at the recently concluded Shanghai Cooperation Organisation summit, India appeared isolated. This is because all the others in the eight nation grouping – Russia, Pakistan and four Central Asian republics – endorsed the sweeping vision to put China at the centre of the global economy through new infrastructure, trade deals and other connectivity projects. In May last year, China had organized a global conference in Beijing, and most of India’s neighbours, except Bhutan, signed to join the BRI, expecting huge Chinese funding for large infrastructure projects. The Chinese army’s deep incursion at Doklam was seen as an expression of its ire at India and Bhutan boycotting the BRI conference. India has been severely critical of the BRI, as the $50 billion China-Pakistan Economic Corridor, which is part of the BRI, passes through Pakistan-occupied Kashmir. India says it cannot accept a project that ignores its core concern on sovereignty.

But India has no reason to feel isolated or pushed to join the BRI until the Chinese rework it, taking into consideration the growing global criticism of the initiative. People are raising concerns about the transparency, debt sustainability and usefulness of BRI projects. They are also questioning China’s underlying strategic aims. Many regimes that have signed up for major BRI projects have faced – or are facing – electoral flak. In Malaysia, the veteran politician, Mahathir Mohamad, defeated his rival, Najib Razak, in the recent elections by denouncing Chinese projects for raising Malaysia’s debt without delivering local benefits, promising to re-examine his predecessor’s deals and renegotiate them if necessary. Much like Razak, the Cambodian prime minister, Hun Sen, and the president of the Maldives, Abdulla Yameen, are facing a severe backlash for embracing heavy Chinese investment and also for their increasingly autocratic tendencies. Pakistan’s enthusiastic welcome of the CPEC has been criticized by the economist, Akbar Zaidi, as a ‘surrender to Chinese colonialism’.

Recently, 27 of 28 ambassadors from the European Union to Beijing signed a report noting that the BRI “runs counter to the EU agenda for liberalizing trade and pushes the balance of power in favor of subsidized Chinese companies”. The BRI’s bias toward China is expected – it is a Chinese-funded, China-centric effort. Research by Nikkei Asian Review and The Banker magazine recently found that the BRI favoured Chinese interests at the project level as well. Compared with transport projects funded by the World Bank and the Asian Development Bank, Chinese-funded projects include more Chinese contractors and fewer local and foreign contractors. Interest in the BRI will wane the longer this imbalance persists, said the report.