New financing for EU-IOM initiative in Horn of Africa 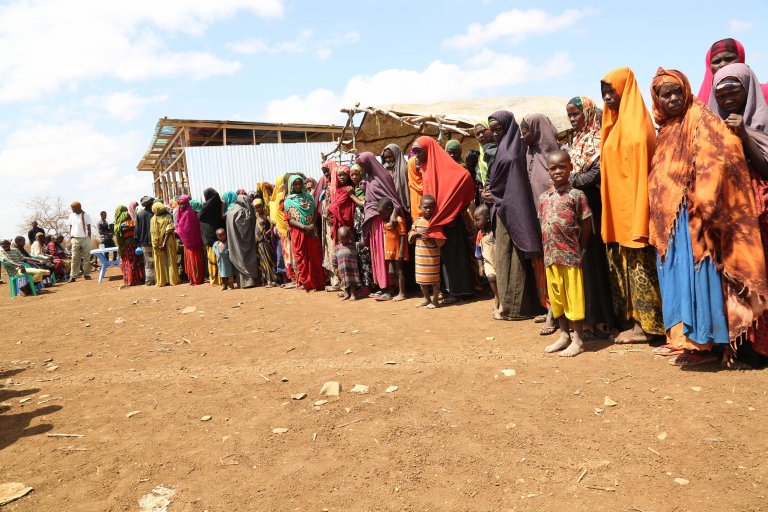 The European Union has decided to commit an additional 18 million euros to its joint initiative with the International Organization for Migration (IOM) in the Horn of Africa. The initiative aims at improving assistance to migrants along the migrant routes that depart from the region.

The UN agency said the additional funding brings the EU’s total commitment to the EU-IOM initiative in the region to 43 million euros. The initiative aims to save lives and improve assistance for migrants along migration routes originating from the Horn of Africa.

The initiative’s objectives
Running from March 2017 to March 2021, the EU-IOM Joint Initiative is mainly focused on Ethiopia, Djibouti, Somalia and Sudan in the Horn of Africa. Backed by the EU Emergency Trust Fund for Africa, the initiative was set up in 2016 in close cooperation with a total of 26 African countries in the Sahel and Lake Chad, the Horn of Africa and North Africa regions.
IOM said the program facilitates safer, more informed and better-governed migration for both migrants and their community through rights-based and development-focused procedures and processes on protection and sustainable reintegration.
It said the program also allows migrants who decide to return to their countries of origin to do so in a safe and dignified way, providing reintegration support.
Much of the work takes place in Ethiopia
IOM said much of the work in the Horn of Africa takes place in Ethiopia, which has a population of over 100 million people. The main migration routes in the Horn of Africa are the northern and western routes to Libya, Egypt, and Europe; the eastern route to the Middle East and beyond; and the southern route to South Africa.
Since April 2018, most of the 3,804 migrants that the EU-IOM Joint Initiative in the Horn of Africa helped to return to their countries of origin were Ethiopians on the eastern route through Djibouti to Yemen and the Gulf countries.
Thanks to these additional EU resources, the program can now scale up its work, especially through tailor-made reintegration assistance. This can include medical help for returning migrants, psychosocial support, links to employment opportunities, and training in entrepreneurship.
https://www.infomigrants.net/en/post/17120/new-financing-for-eu-iom-initiative-in-horn-of-africa
Tags: DjiboutiEthiopiaEU-IOM Joint Initiativehorn of africaInternational Organization for MigrationMigrant Protection and ReintegrationSomaliaSudan
Next Post