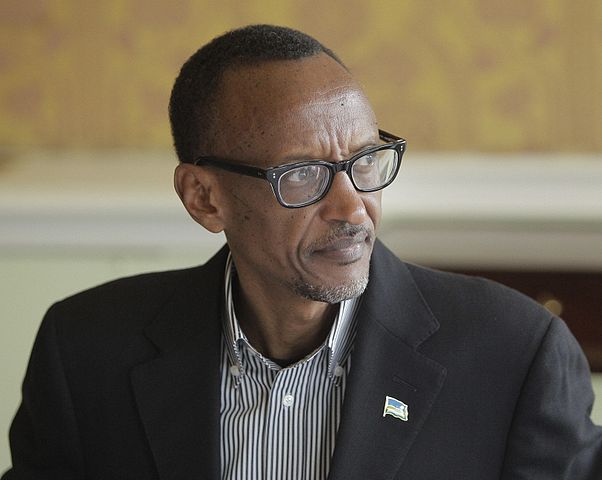 Many Africa watchers might have taken the recent successful ejection of the Gambia’s defeated dictator, Yahya Jammeh, as a sign of hope for the upward swing of democracy in Africa. But despite this morsel of good news, the latest edition of the Mo Ibrahim Foundation’s flagship governance weekend highlighted once again how the democratic deficit remains the biggest challenge sapping Africa’s potential.

Even with success stories like Jammeh’s removal, there have been far more examples of presidents rewriting constitutions and extending their terms indefinitely over the past two years. Heads of state throughout the continent, especially in East Africa, have made a pattern of digging in their heels through constitutional amendments, scare tactics, and bait-and-switches to try to prolong their tenure. Even with the laser-focus on populist threats to democracy in the United States and Europe, it’s vital to keep a close eye on the state of governance in Africa, especially with key elections in Kenya, Liberia, Libya, and Rwanda this year.

No Worthy Heads of State

The foundation’s latest report, “Africa at a Tipping Point,” unveils new data that show a frightening future for the continent’s youth. Rising disillusion with political leaders, combined with a stagnant job market, has been pushing more and more young people towards the temptation of escape by migration or even joining terrorist groups like Boko Haram. And the 15 elections that took place across the continent in 2016 provided no reason for optimism, as power changed hands a mere eight times. It’s no wonder that once again, this year the foundation failed to find a single head of state worthy of its $5 million Prize for Achievement in African Leadership.

Since its establishment in 2007, only four leaders have met the prize’s standards, which include being democratically elected, having left office within the past three years, and demonstrating “exceptional leadership.” The persistent dearth of any former leaders worthy of the prize comes at a time when a growing number of heads of state have been trying a whole range of trick to cling to power, from the ever-popular constitutional amendment to threats against the opposition to shifts towards authoritarianism.

In Rwanda, for instance, President Paul Kagame has held power since 2000 and has been in effective control of the country since 1994, when his forces entered Kigali to end the genocide. Having a firm grip over Rwanda for essentially 23 years hasn’t been enough for him: in 2015, he held a referendum on changes to the two-term limit denoted by the constitution – which could potentially allow him to hold his seat until 2034. Kagame has won praise for his role in rebuilding the country, but he’s also criticized for oppressing members of the media and the opposition. However much good Kagame has done for Rwanda, does it really justify a 40-year stint in power?

In neighboring Burundi, President Pierre Nkurunziza shares the same goal and has been willing to allow bloodshed to get it. Nkurunziza set off a wave of ongoing violence and instability after securing re-election in disputed voting in July 2015. His opponents, who have been subject to a rising wave of torture and other abuses, said his decision to seek a third term was in direct violation of the constitution. Burundi’s political crisis has now gone on for nearly two years, killing 1,400 people and forcing hundreds of thousands of people to flee the country. Through it all, Burundi’s strongman refuses to budge from his post.

In Djibouti, long-ruling strongman Ismail Omar Guelleh has also used tactics such as threats, arrests, and even lawsuits against the opposition to cling onto power. Earlier this month, the International Federation for Human Rights (FIDH) called for the “immediate and unconditional release” of 19 opposition members arrested in March. While 10 were eventually released, the government accused nine of “illegal banking activity” – which the FIDH said was linked with a microcredit program. A few weeks earlier, a British High Court judge dismissed a lawsuit against regime critic Abdourahman Boreh, referring to it as part of a “concerted campaign” against him.

Even if the UK dealt his government a small setback, however, Guelleh has been able to consolidate his grip on the country since 1999 thanks to rents from Washington, Beijing, and other foreign powers, all of which have military bases in the strategically located country. Thanks to its position in the Horn of Africa and across the water from Yemen, both the American and Chinese militaries lease facilities from Guelleh’s regime to defend their interests in the region. As the Chinese government and state-backed companies invest hundreds of millions of dollars into Djibouti’s infrastructure, the regime has started pushing out its American tenants to make room. Very little of that money, of course, goes to help the impoverished people of Djibouti, half of whom are unemployed and as many as 45% live in extreme poverty.

None of these presidents, however, share the imagination of Uganda’s President Yoweri Museveni. Although he was initially hailed as one of Africa’s “new leaders,” like Paul Kagame, Museveni has held power for more than 30 years and has now clearly joined the ranks of the continent’s undemocratic strongmen. Earlier this month, Museveni resorted to a colonial-era law ­– the Mental Treatment Act of 1938 – which was formerly used by the British to crack down on resistance. After Stella Nyanzi, until recently research fellow at Makerere University, criticized the president on social media, the government charged her with “cyberharassment” and “offensive communication.” The politically motivated lawsuit is yet another example of Museveni’s efforts to crack down on dissent and consolidate his hold on power.

Unfortunately, these kinds of stories are all too common across the continent. The Mo Ibrahim Foundation shouldn’t be the only voice hammering home the importance of good governance on the continent. More must be done to stop this trend of aspiring presidents-for-life, in the hope that at least one leader on the continent might someday merit the prize.

No U.S. Military Response To Surge In Piracy