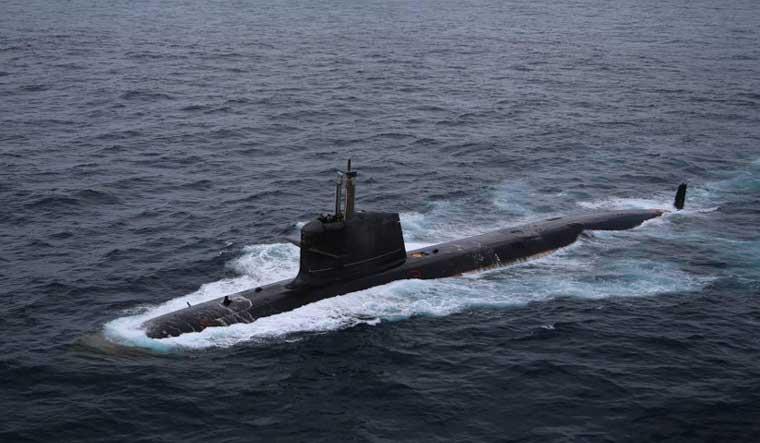 Last week, for more than 35 hours, an Indian submarine and a French nuclear attack submarine carried out a naval drill to train their crew in detection, tracking and plunge attack while maintaining control over maritime areas.

This was part of India and France anti-submarine wargames off Djibouti coast near the Horn of Africa. The second phase of the 17th edition of bilateral naval exercise, christened as Varuna 19.2 held from May 22-25, both countries brought together French nuclear attack submarine Amethyste, currently deployed in the Indian Ocean, and Indian submarine INS Kalvari. The first phase of the Varuna exercise took place off the coast of Goa early this month.

Under the Mutual Logistics Support Agreement, signed between the two countries, Indian Navy was given access to the French base in Djibouti for refit and refuelling. Several countries already have their bases in Djibouti including China. China has opened its first overseas military base in Djibouti in 2018.

‘Organised under the operational control of the French Joint Forces Commander in the Indian Ocean (ALINDIEN), this exercise was an opportunity to reinforce our capabilities for joint action in a critical and strategic field while demonstrating the high level of interoperability achieved,’ French Embassy said in a statement.

French authorities stated that the major wargames, comprising submarine combat exercises lasted for more than 35 hours. It also allowed both crews to be trained in detection, tracking and plunge attack while maintaining control over maritime areas and their environment.

As part of Varuna 19.1, which included the participation of the French Navy’s aircraft carrier, FNS Charles de Gaulle, the French submarine had already conducted an exercise with an Indian submarine for a period of seven hours. From the Indian side, aircraft carrier INS Vikramaditya, destroyer INS Mumbai, Teg-class frigate INS Tarkash, Shishumar-class submarine INS Shankul, and Deepak-class fleet tanker INS Deepak, participated in the drill.

Varuna 19.2 was aimed to deepen this first interaction in a new environment.

As a vital part of the Indo-French strategic partnership, the naval exercise was initiated in 1983 and christened as ‘Varuna’ in 2001. The partnership is the subject of recurrent dialogues and regular bilateral military exercises.

French Embassy also stated that with nearly 650 soldiers deployed, the French Forces in the United Arab Emirates (FFEAU), is one of France’s advanced operational bases abroad. “As such, it supports the French military assets deployed in the Persian Gulf and the north of the Indian Ocean. Due to its conditions, it also allows training of French soldiers in combat actions in desert as well as urban areas,” the statement added.

As French Joint Forces Commander in the Indian Ocean (ALINDIEN), the Commander of the French Forces in the United Arab Emirates (COMFOR FFEAU) exercises authority over a maritime area stretching from the south of Suez Canal in the west to the western limits of the waters of Burma, Indonesia and Australia in the east. He upholds France’s defence policy and maintains bilateral military relations, according to the French Embassy statement.

Indian Navy maintained that the exercises underscore the shared interests and commitment of both nations in promoting maritime security. “The exercise aims at developing interoperability between the two navies and fostering mutual cooperation by learning from each other’s best practices to conduct joint operations,’ Indian Navy said.