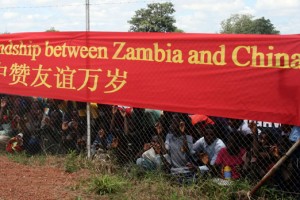 The biggest player in the economies that populate the vast African continent in the past few years has not been South Africa, Kenya, Nigeria, or any of the other economic giants in their respective regions. Instead, China has been steadily increasing its investments in transportation, infrastructure, and raw materials over the past decade. While many countries have experienced an economic boost because of these investments, the encroachment of the Chinese has also been met with accusations of imperialism. 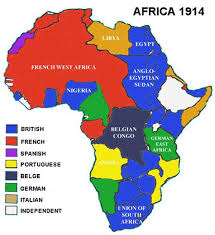 The hallmark of resource-based imperialism in colonial Africa was imbalanced trade in which one country is used to harvest raw materials and then they have manufactured goods sold back to them by the imperialist country. This type of imperialism was very common during the period of European colonialism, but it was largely eradicated once many African countries gained independence. As the New Yorker reported, “Some Africans have become resentful… unhappy with unbalanced relationships in which China has taken proprietorship of African natural resources using Chinese labor and equipment without transferring skills and technology.” This, it says, is the essence of colonialism, something that most countries on the continent thought they had freed themselves from decades ago.

Many argue that the economies of individual countries are benefitting greatly through the lucrative contracts that have been negotiated with Chinese investors, which would indicate that Chinese encroachment is not a form of imperialism but rather a manifestation of an increasingly globalized economy. Additionally, China is not directly becoming involved politically, which is often seen as an aspect of imperialism practiced by European countries and the United States who further their own interests by supporting dictators like Mubarak and Sisi in Egypt with military and economic aid. But China’s economic involvement has also had political implications throughout the continent due to the fact that it often allows leaders to profit even though they abuse their people. Many negotiated contracts have not helped the poor or unemployed citizens affected by economic changes. Instead, contracts are lining the pockets of corrupt government officials along with Chinese investors, meaning that there is often little overall economic benefit for each country.

For instance, Zambia is ranked third in countries that see the most Chinese investment. The country has been targeted for its rich copper resources and has seen significant investment from Chinese firms.

However, in spite of that investment, unemployment in the country remained astronomically high. The Zambian government has been accused of corruption and using the profits from the deals for their own gain, accusations that the government has attempted to counter by launching criminal proceedings against the biggest offenders. 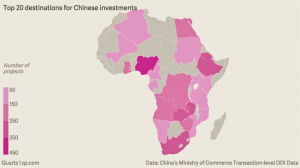 Fighting for control of the copper mines continues as the people attempt to wrest control of their rich natural resources back from the Chinese and their corrupt government partners. However, this is made especially difficult because the affected workforce is being crushed by low wages and poor treatment in the mines, and they are told that if they speak up they will be fired.

This brings about another issue that has come about through Chinese investment, and that is the human rights abuses that they often end up encouraging. This is not only happening in the mines of Zambia, but has been occurring through oil investment in countries such as Angola that have been accused of widespread human rights abuses. China has been increasingly trying to invest in its rich oil resources and has sent hundreds of thousands of dollars in aid and contract payouts despite accusations that Angola has committed human rights offenses. The corrupt government is receiving big payouts and using Chinese money to attempt to stabilize the economy without investing time or money in addressing corruption or improving rights for the people. 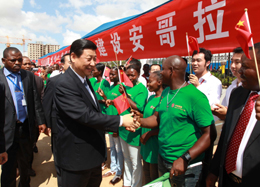 Encouragement of human rights abuse is not only happening in the mines of Zambia, but has been occurring through oil investment in countries such as Angola that have been accused of widespread abuse. China has been increasingly trying to invest in its rich oil resources and has sent hundreds of thousands of dollars in aid and contract pay outs despite accusations that Angola has silenced free speech and continues to arbitrarily arrest and abuse citizens. Sending money to these leaders will only serve to strengthen their positions of power and ensure that these human rights offenses are not addressed.

The other argument that proponents for Chinese investment use is the fact that it has built a huge amount of much-needed infrastructure across the continent.

Major Chinese investment in infrastructure occurred throughout the 1980’s, and there are currently plans in the works to build a $13 billion railway system in the Great Lakes Region to promote trade and travel. However, most of the infrastructure projects completed through Chinese investment have been accomplished by Chinese firms and workers rather than employing those businesses and workers who already reside in the country. Additionally, the major infrastructure projects have slowed in recent years, and that investment is being increasingly replaced by investment in rich African oil resources and other raw materials, leading right back to the conclusion that China is acting in in an imperialist manner.

Overall, while there have been some clear benefits for various regions of Africa due to Chinese investment, the imperialist overtones of the country’s actions are still troubling. It will be interesting to watch in coming years to see how Chinese involvement on the continent shifts as the international economy continues to evolve. For now, each affected country, like the example of Zambia, needs to keep close watch on its natural resources and carefully evaluate where it receives its investment. It would be a tragedy for all the time and bloodshed spent to free Africa from colonial powers was wasted by allowing the continent to slip piece by piece back into imperialist resource exploitation.

What a borderless Africa could mean for China